The company said that it has invested Rs 1 lakh in cash in 10,000 equity shares of Rs 10 each of a newly corporated and subsidiary — Reliance New Solar Energy 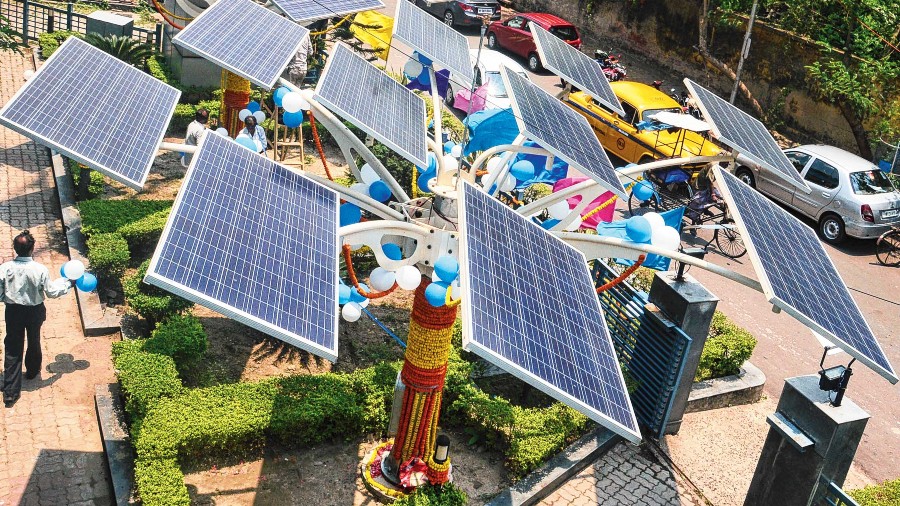 Reliance Industries has moved forward on its plan to expand into the solar energy sector. The company on Tuesday informed stock exchanges that it has invested Rs 1 lakh in cash in 10,000 equity shares of Rs 10 each of a newly corporated and wholly owned subsidiary —  Reliance New Solar Energy (RNSEL).

The subsidiary, incorporated to undertake activities relating to solar energy, is yet to start its operations.

“The investment  in  RNSEL does not fall within  related party transaction and  the promoter/promoter  group/ group companies do  not have any interest in  RNSEL. No governmental or regulatory approvals were required for the said investment,” the company said.

Reliance Industries chairman Mukesh Ambani had laid a roadmap of the plans for the new energy sector at the company’s annual general meeting in June. This includes setting up an integrated solar photovoltaic factory.

“We will start with raw silica and convert this to poly silicon which we will then convert to ingot and wafers. These wafers would be used to make high efficiency solar cells and finally assembled into solar modules of highest quality and durability,” Ambani had said. The plan is to enable at least 100 GW of solar energy by 2030.

A combination of set generation target for solar energy coupled with low interest rates, measures towards promoting domestic manufacturing of solar cells has had a favourable impact on solar power tariffs.

This is much lower than the current thermal power tariffs. NTPC has reported an average tariff of Rs 3.73 per kWh during the first quarter.

Earlier in May, Adani Green Energy announced a buyout of SoftBank Group’s renewable energy power business. Global investment firm Actis LLP’s purchase of 500 MW of solar projects in India from Finland’s Fortum is another example of recent deal activity. Coal India has announced its plan for 3,000 MW of solar power generation by 2024. NTPC is developing a 4.75 GW solar park in Gujarat.