R-Com has already completed the sale of its media convergence nodes and fibres for Rs 5,000 crore to Jio 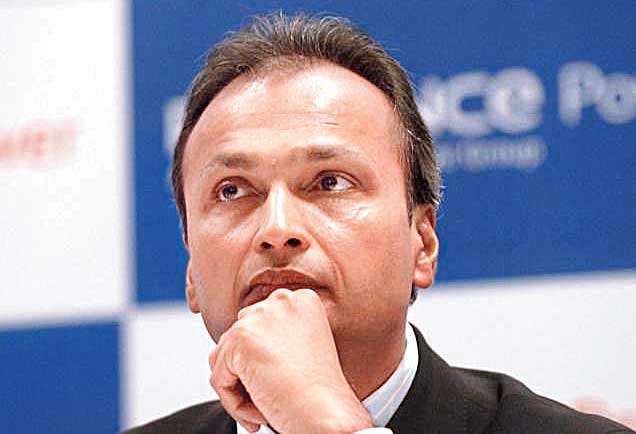 (In picture) Anil D. Ambani-led R-Com announced it would opt for the insolvency process as it failed to sell its spectrum and tower assets to Mukesh Ambani’s Reliance Jio.
Telegraph file picture
Our Special Correspondent   |   Mumbai   |   Published 03.02.19, 06:50 PM

Reliance Communications Ltd (R-Com), the Anil D. Ambani-led company, on Sunday said it would propose a similar debt resolution plan before the National Company Law Tribunal (NCLT) as it was pursuing outside the tribunal.

As part of the debt resolution plan, the management will propose the sale of all telecom infrastructure assets and spectrum, meaning the current agreement with Reliance Jio for the sale is off.

It will also include the strategic monetisation of GCX (global cloud exchange), the India data centre business and the Indian enterprise business apart from the development of 30 million sq. ft at the Dhirubhai Ambani Knowledge City complex and the sale of other real estate assets.

R-Com has already completed the sale of its media convergence nodes and fibres for Rs 5,000 crore to Jio, which will not be part of the process.

The company on Friday announced it would opt for the insolvency process as it failed to sell its spectrum and tower assets to Mukesh Ambani’s Reliance Jio. The sale was part of its plan to bring down its debt estimated at around Rs 46,000 crore.

The company had initially planned to sell assets worth Rs 25,000 crore. A portion of the proceeds from the spectrum sale was expected to pay the dues of Rs 550 crore to Ericsson and Rs 230 crore to the minority stakeholders in Reliance Infratel.

However, the sale could not go ahead as the Department of Telecommunications (DoT) refused to clear it after Jio declined to take over any past liability of R-Com.

The company in a statement on Sunday said it has been faced with various mostly, “untenable issues raised by the DoT and these issues resulted in numerous legal issues at high courts, TDSAT and the Supreme Court, which frustrated the existing plan and can now be addressed/resolved under the NCLT process’’.

According to the company, challenges raised by any minority lenders can be be overcome through the NCLT’s rule that a resolution must be passed by 66 per cent of the lenders, against 100 per cent outside the bankruptcy process.

Officials said the total lenders’ debt which will now be part of the bankruptcy process is Rs 38,000 crore, of which Rs 19,800 crore is accounted by domestic banks and Rs 18,200 crore by foreign lenders.