Project tweak to be a litmus test for hotel hope

Vivara, the premium serviced residencies to be managed by JW Marriott, will test the market for at least two more big-ticket hotel projects on EM Bypass in Calcutta. 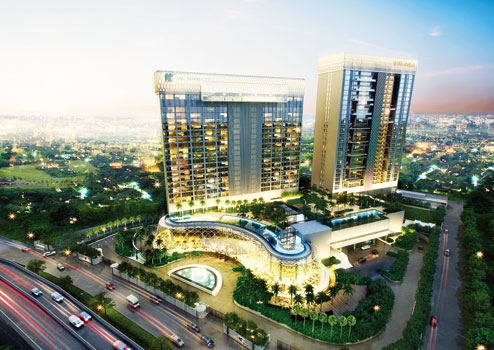 Calcutta, Aug. 18: Vivara, the premium serviced residencies to be managed by JW Marriott, will test the market for at least two more big-ticket hotel projects on EM Bypass in Calcutta.

The 50-apartment Vivara, coming up along with the star hotel, will be operational in the next six months. If successful, it may create a window of opportunity for two other projects - one of Apeejay Group and the other of Avani Group - in the small stretch around Science City on the eastern fringes of Calcutta.

Both the groups have plots of land close to the upcoming Marriott address but they are sitting idle for years because of a lack of demand for top-end hotel rooms.

The serviced apartments and the 281-room Marriott hotel adjacent to it is being developed by the Calcutta-based Mani Group and its partner Sattva from Bangalore who have together pumped in nearly Rs 1,500 crore.

"If the economy of Bengal picks up, I see no let up in demand for the serviced apartments or the hotel rooms in the Marriott properties," Sanjay Jhunjhunwala, CEO of Mani Group, said.

Common facilities in the G+28 storey Vivara tower will be managed by a group of staff under Marriott supervision. Moreover, the residents of the building will get a range of facilities - such as concierge, laundry, house keeping and room service - from the hotel at a separate cost.

The developer plans to offer the units for "short stay" - between six to twelve months - and "long stay" that can be extended up to 99 years on lease.

Jhunjhunwala said he planned to keep around 15-20 units - having sizes between 7,752 square feet and 8,850 square feet each - for short stay. "It will work out cheaper than hotel rooms given the fact that corporate houses can put up more than one executives in this sprawling property," he said. There is a provision to turn each unit into four- or six-bedroom apartments.

Procuring the long stay, an euphemism for outright sale owing to the nature of the project, will set the leaseholder back by Rs 9-10 crore. The serviced apartment tower will have its exclusive club with all modern amenities, a separate basement for 180 car parks and access to the main road other than the hotel.

The Marriott plot was originally bought by Emaar MGF in 2007 at the peak of a real estate boom to build a hotel. However, following the the financial crisis after the collapse of Lehman Brothers, the sector turned bearish both globally as well as in India.

The lack of industrial development in Bengal added to the woes.

Mani, which later bought into the Marriott plot, Avani which took over the DLF land, and Apeejay Group sought to convert part of their respective projects into purely residential ones. The Calcutta Municipal Corporation initially agreed but did not approve the plans since the plots were tendered out for hotel and commercial projects.

Consequently, Vivara cannot be "sold" now but only leased out. The residents have to pay taxes at the commercial rate, too.

However, Jhunjhunwala said the real stumbling block is Bengal's economy.

Abhijit Das, director of Cushman & Wakefield in Calcutta, concurred. "Once there is upturn in the economy, there will be many takers for serviced apartment projects such as Vivara or 'V' in Rajarhat in Calcutta," he said.