Any exercise should be on the basis of nominal figures and not real growth rates, the PMEAC said 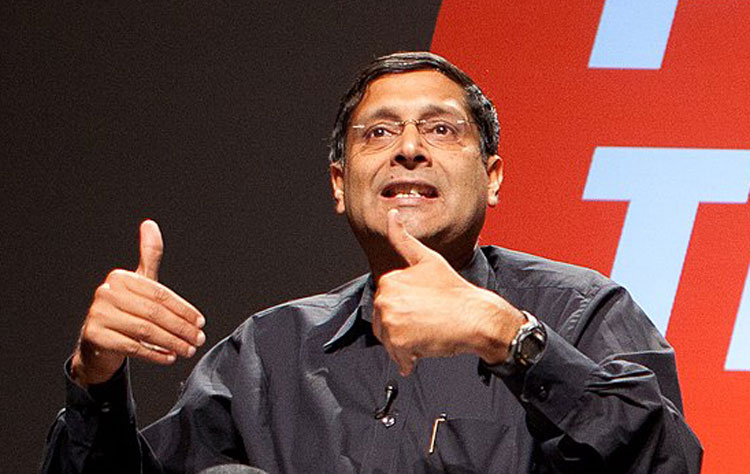 The Prime Minister’s Economic Advisory Council (PMEAC) on Wednesday strongly criticised former chief economic advisor Arvind Subramanian’s claim that the country’s GDP has been systematically overestimated, arguing the use of cross-country regressions is a “most unusual exercise”.

“Using cross-country regressions to estimate GDP is a most unusual exercise as is the suggestion that any country’s GDP that is off the regression line must be questioned,” the panel said in a realease.

They also cast doubt on the proxy indicators used by Subramanian, adding Subramanian did not account for GDP increases on the basis of productivity gains.

Besides, any exercise should be on the basis of nominal figures and not real growth rates, the PMEAC said.

The council, whose chairman is Bibek Debroy, said it would come out with a “point-to-point rebuttal”.

Subramanian’s latest research paper created a stir when he claimed the GDP growth was overstated about 2.5 percentage points per year from 2011-2012 to 2016-17 and instead of the reported growth of 6.9 per cent between 2011 and 2016, actual growth in the economy was more likely to have been between 3.5 per cent and 5.5 per cent.

Industry chamber CII also criticised Subramanian. It’s director-general Chandrajit Banerjee said the Indian economy was a complex one and cannot be captured by a few indicators.

The growth estimates shown by the former chief economic adviser omits productivity and quality and takes only volume into account. “GDP data has to take a more robust and comprehensive approach where all growth drivers are included” Banerjee said.