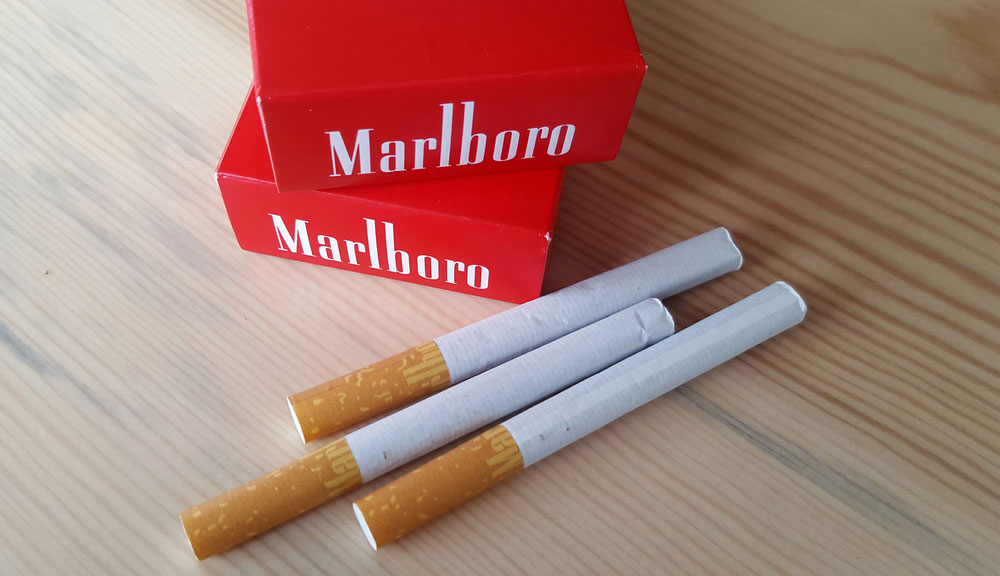 The Indian government in 2010 prohibited foreign direct investment (FDI) in cigarette manufacturing, saying the measure would enhance its efforts to curb smoking.

Restricting foreign investment leaves cigarette manufacturing largely in the hands of domestic players, and is supposed to prevent any foreign-funded expansion. A year after the government’s decision, Japan Tobacco exited India, citing an “unsustainable business model”.

Philip Morris, though, stayed in India and used another route, according to company documents dated between May 2009 and January 2018. A year before the FDI ban, it struck an exclusive deal with India's Godfrey Phillips to locally manufacture the world-famous Marlboro cigarettes.

Ever since then, Godfrey has publicly acted as a contract manufacturer of Marlboro cigarettes in India, while Philip Morris’s majority-owned local unit acts as a wholesale trading company and promotes the brand.

Some former Indian enforcement officials said the practice of indirectly paying for manufacturing-related costs violates regulatory rules. However, some lawyers such as Pratibha Jain, a partner at Nishith Desai Associates, disagreed, pointing out that the federal rules did not explicitly prohibit such payments.

Philip Morris’ director for corporate affairs in India, R. Venkatesh, in an e-mail, said the company’s “business arrangements with Godfrey Phillips India comply with Indian foreign direct investment rules”. He did not elaborate.

The company did not answer detailed questions for this article and did not offer any executive for interview, despite repeated requests from Reuters over the past month.

Six invoices issued by Godfrey showed billing of Rs 45.5 million ($644,200) to Philip Morris between December 2013 and January 2018 for manufacturing-related charges. Philip Morris paid for items ranging from large cigarette-making machines to costs of smaller equipment such as barcode scanners and printers deployed in Godfrey’s factories.

One invoice from January 2018 sent from Godfrey to Philip Morris showed the Indian company had spent Rs 206 million ($3 million) on capital expenditure for Marlboro-related manufacturing activities since 2009, though it was not clear how much of that was paid by Philip Morris.

Godfrey Phillips’ head of corporate affairs, Harmanjit Singh, said in an email that all the commercial arrangements “are in complete compliance with the extant regulations governing the Indian foreign direct investment and other applicable laws, and, incidentally, all transactions are in Indian rupees. Also, it is our considered view that no illegality can be impugned to these commercial transactions between the parties.”

Philip Morris’ local unit and Godfrey arranged a mechanism for such transfer of funds around the time they struck the 2009 deal. A 94-page “procurement agreement” signed between the two sides that year, which is not public but has been reviewed by Reuters, said that Godfrey may acquire new machinery for solely manufacturing Marlboro cigarettes and will then “invoice PM (Philip Morris) India” for charges in a phased manner.

Philip Morris “shall pay such invoice by bank transfer”, the agreement said.

The agreement specified Philip Morris would make periodic payments calculated according to the normal depreciation charge of the machinery, plus 10 percent per annum on its net book value.

Other than those regular payments, Philip Morris also signed off on one-time expenses and refurbishment costs incurred by Godfrey on at least two occasions in 2013 and 2014, according to internal e-mails and accounting records. It then accounted those transactions internally under a heading “Packaging-Research”, accounting records showed.

Three former officials and one former head of India’s main financial crime-fighting agency, the Enforcement Directorate, reviewed the Philip Morris documents for Reuters and said the dealings should be investigated for circumventing India’s foreign investment rules.

One of the former officials said that paying for machines to manufacture cigarettes essentially resulted in the promotion of cigarettes, and the government’s intent of banning foreign direct investment in 2010 was to deter that.

Bhure Lal, a former head of the Enforcement Directorate, said the companies “should be investigated ... they are camouflaging”.

The current chief of the Enforcement Directorate, Sanjay Kumar Mishra, did not respond to a request for comment.

If the Enforcement Directorate investigates a company and finds it to be in violation of the rules, Indian law allows it to impose a penalty of up to three times the amount contravened.

Jain of Nishith Desai Associates, which also advises global companies on foreign investment rules and reviewed the Philip Morris documents for Reuters, said the company was able to circumvent the FDI prohibition in cigarette manufacturing by paying for the machines through invoices. That's because the Indian regulations only restrict direct foreign investments into a company and were silent on such indirect payments for machines, she said.

“The company can argue in its defence that it is only funding the equipment purchases and not investing directly in an Indian cigarette manufacturing company, and they would be technically correct,” Jain said.

The Indian journey of Philip Morris, which is one of the world’s largest international tobacco companies, began in the late 1960s when it acquired a majority stake in London-based parent of Godfrey Phillips. It gradually reduced its stake in Godfrey over the years, in part because of regulatory changes, and currently holds a 25 per cent equity stake.

Though India banned foreign investment in cigarette manufacturing in 2010, it still allowed tobacco companies to invest through technology collaboration and licensing agreements. Investments could also be made by forming a trading company.

Before the 2010 ban, Philip Morris formed a new wholesale trading company with Godfrey. The New Delhi-based local unit, named IPM India Wholesale Trading Pvt Ltd, is 50.1-per-cent owned by the global tobacco giant, with the rest owned by Godfrey and an investment firm.

Among the payments outlined in the documents, Godfrey in January 2018 sent an invoice to Philip Morris’s local unit for Rs 10.2 million ($144,500), billing for charges for the preceding six-month period, an invoice showed. In August 2017, Godfrey sent an invoice for manufacturing-related charges of Rs 9.5 million ($134,600). The documents also showed that Philip Morris at times would discuss with Godfrey which type of equipment should be used for Marlboro manufacturing, and then sign off on related payments.