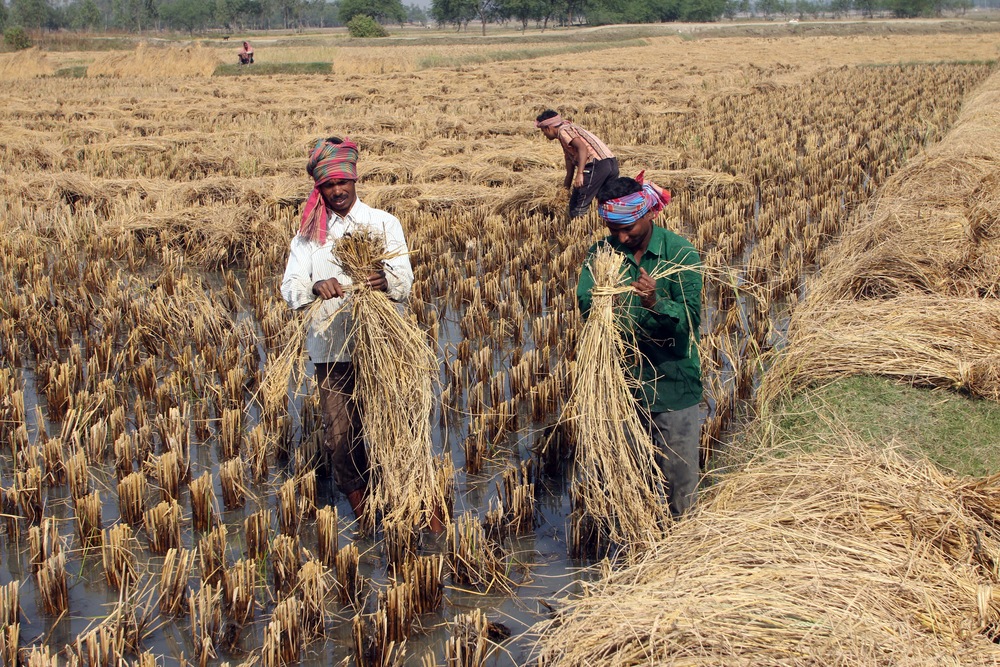 The government has raised the minimum support price (MSP) of paddy, a key kharif crop, by 3.7 per cent to Rs 1,815 per quintal for the 2019-20 crop season in an effort to boost farmer income affected by poor rains.

MSP for paddy, which is the main kharif crop sown during the four-month monsoon period in various states, has been increased by Rs 65 per quintal.

MSP of jowar has been hiked by Rs 120 per quintal, while that of ragi by Rs 253 per quintal, agriculture and farmers welfare minister Narendra Singh Tomar said, while briefing reporters about the decisions taken by the cabinet committee on economic affairs on Wednesday.

“The monsoon has been delayed this year and it is worrisome for the farmers as well as the government. But, according to the weather department’s forecast, the situation will improve and the monsoon will be normal,” Tomar said.

Medium cotton MSP was raised by Rs 105 per quintal and long cotton’s MSP by Rs 100 per quintal.

As many as 26 of the total 36 subdivisions of the country are facing deficient rainfall, with the overall monsoon deficit at 28 per cent. Rains have been below normal in west Uttar Pradesh and Haryana, where the deficit is more than 60 per cent. The country has so far received 138mm rainfall against the normal 191.6mm.

Information & broadcasting minister Prakash Javadekar said the cabinet had approved the bill on a wage code, but did not provide the details as Parliament was in session.

Officials said the wage code bill was one of four codes envisaged by the government, which would subsume 44 labour laws with certain amendments, to improve the ease of doing business and attract investments.