The automobile company has priced the compact SUV in the range of Rs 4.99 lakh to Rs 9.35 lakh 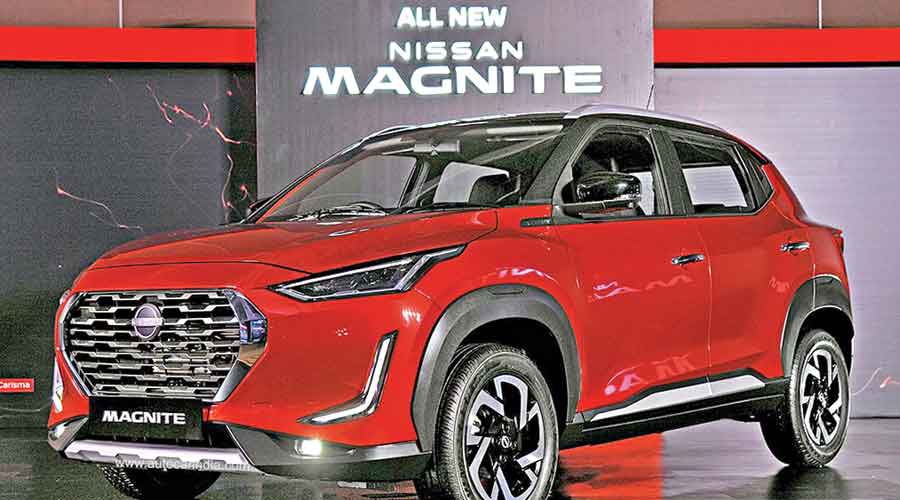 Nissan India has received 5,000 bookings for its recently launched compact SUV Magnite that it has aggressively priced in the range of Rs 4.99 lakh to Rs 9.35 lakh. These are introductory prices for buyers this year.

From January 2021, the SUV will retail at Rs 5.44 lakh, which will make it the most affordable B-segment SUV with rivals such as Kia Sonet priced at Rs 6.71 lakh, Maruti Vitara Brezza retailing at Rs 7.37 lakh and Hyundai Venue selling for Rs 9.98 lakh.

“The Magnite marks the beginning of a new chapter in the Nissan Next strategy for both the Indian and the global market,” said Sinan Ozkok, president, Nissan Motor India.

Nissan, which has had a poor run in the country, is betting big on the Magnite, which enters the most competitive segment of compact SUV, and hopes to sell around 2,000 units a month, said an industry source. Its only other offering in recent years has been the Nissan Kicks which sold over 6,331 units in 2019. Its economy brand Datsun has also flopped.

The model will be available in two colours - electronic orange and ceramic white.

The company does not intend to quit the market where it has invested 800 million dollars but it needs to succeed with the Magnite.