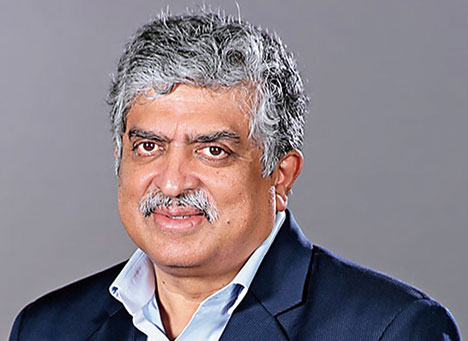 Mumbai: Infosys doesn't seem to be getting anywhere with its plan to exorcise the Panaya ghost.

On Wednesday, the mysterious whistleblower fired off a second letter to the securities market regulators in India and the US after the company had announced its intention in mid-April when it unveiled its fourth quarter results to sell Panaya and Skava by March 2019.

The two entities have been embroiled in controversy ever since former chief executive Vishal Sikka engineered the buyout and was hounded out of the company following a barrage of unsubstantiated accusations of wrongdoing in the deals.

On Wednesday, the whistleblower turned his guns on chairman Nandan Nilekani and accused him of "conniving with the current board to quietly bury all the wrongdoings of the earlier board".

Last August, Nilekani had been persuaded to step in and steer the company out of a crisis after Sikka suddenly resigned. His task was complicated by the turbid waters of intrigue that had engulfed Infosys and the proxy battle for control of the company by unknown persons with an opaque agenda.

The latest letter from the whistleblower comes after Infosys disclosed in its annual report for 2017-18 that it entered into agreements with three former directors - R. Seshasayee, Jeffrey Lehman and John Etchemendy - over what was termed as a "mutual release of claims".

In a letter written to Sebi and the US Securities and Exchange Commission (SEC), the whistleblower said Nilekani was a "huge disappointment" and also asked the domestic market regulator to ask the Infosys board to release the investigation reports (on the Panaya acquisition) to the shareholders.

It may be recalled that Infosys had also entered into a similar pact with its former CEO Vishal Sikka. The company had agreed to pay him his separation benefits under the terms of his compensation package. The agreement also carried a non-disparagement obligation.

Experts said that while mutual release of claims means that both the parties cannot make claim against each other in the future, it is speculated that the latest pact with the three former board members may also contain a non-disparagement obligation following which both of them cannot make any negative comments against each other.

The anonymous whistleblower pointed out that while the company has not released the investigation reports, it has revealed in the annual report that the company had signed agreements for mutual release of claims with Seshasayee, the earlier chairman of the board, and Jeff Lehman, who was earlier head of nominations and remunerations committee of the board.

"The only reason why the company signed such claim release agreement with those directors is because they found certain wrongdoings in the investigation reports, the release of which will be a damning indictment of the company and those directors," the whistleblower alleged.

He also charged Nilekani, who the non-executive chairman of Infosys, of forgetting the "core principles of Infosys" and not upholding the "highest traditions of corporate governance" practiced by the company earlier.

It may be recalled that in April when the company announced its plans to sell Panaya and Skava, the whistleblower had fired off a letter in which he asked the US regulator to mount pressure on the board of Infosys to "fix accountability for this transaction and take action against people who had approved these transactions".

The whistleblower had also questioned the company's decision to write down $90 million from the standalone accounts on the Panaya buyout - which is nearly half of the $200 million amount that the company paid for the firm in 2015.

The letter had also raised questions about the continuation of the four board directors who cleared that acquisition: Ravi Venkatesan, Kiran Mazumdar Shaw (elevated last week as the lead independent director on the board), Roopa Kudva and Punita Sinha.

Venkatesan eventually quit on May 11.