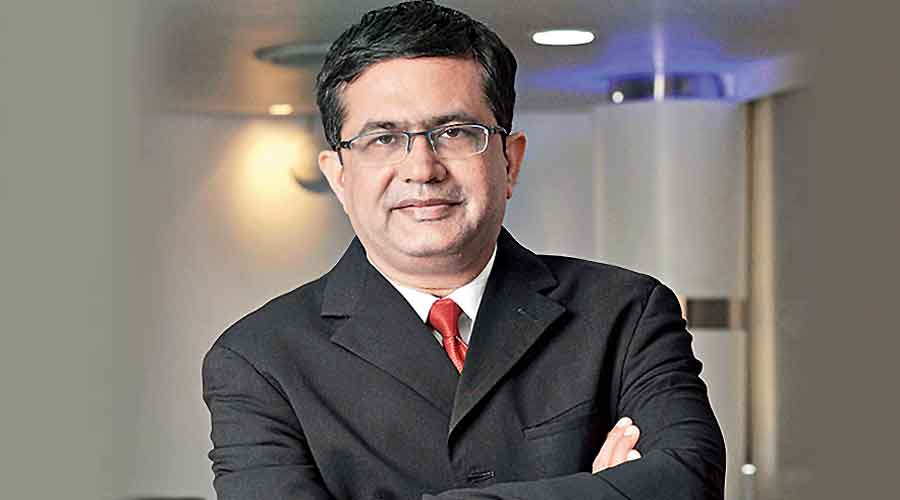 Leading bourse National Stock Exchange (NSE) on Sunday said that its shareholders have approved the appointment of Ashish Kumar Chauhan as its managing director and chief executive.

The extraordinary general meeting (EGM) of NSE was held on August 11, according to a statement. Shareholders approved the appointment of Chauhan, who was the MD and CEO of rival bourse BSE, with 99.99 per cent votes.

He assumed charge as NSE chief on July 26. Capital markets regulator Securities and Exchange Board of India (Sebi) cleared his appointment at the top post of the NSE on July 18. He took over the helm of NSE from Vikram Limaye, whose five-year term ended on July 16.

Limaye did not seek another tenure at the National Stock Exchange (NSE) despite being eligible, Chauhan, who is one of the founders of NSE, faces the uphill battle of guiding the exchange at a time it is facing regulatory probes pertaining to governance lapses as well as a scam related to its co-location facility.

The co-location case resulted in the ouster and later arrest of its former MD and CEO Chitra Ramkrishna. Chauhan, a technocrat from IIT and IIM, is considered the father of modern financial derivatives in India due to his work in the area during 1993-2000. He is also the creator of the Nifty Index and was in charge of creating the first screen-based trading.

He started his career as a banker with IDBI. At BSE since 2009, Chauhan has helped it become the world’s fastest exchange with 6 microseconds response time, revived its revenues, introduced mobile stock trading to India, diversified into new areas including currency, commodities and equity derivatives, SMEs, start-ups, mutual fund and insurance distribution, spot markets and power trading.

In addition, Chauhan has the experience of successfully handling the IPO of BSE. This was one of the attributes NSE was looking for in its next chief.

The NSE has been planning to come out with its initial share sale for a long time. However, its plan to go public got derailed after the bourse got embroiled in the co-location controversy, where certain brokers were allegedly given unfair access to the exchange’s data feeds over other members.

On March 4, NSE invited applications from candidates for the role of MD and CEO. The applications were invited from candidates having IPO (initial public offering) experience. Meanwhile, former Mumbai Police Commissioner Sanjay Pandey, arrested by the ED, has approached the Delhi High Court seeking bail in a money laundering case related to alleged illegal phone tapping and snooping of NSE employees. Besides, he has filed a separate petition seeking quashing of the FIR lodged by the CBI.