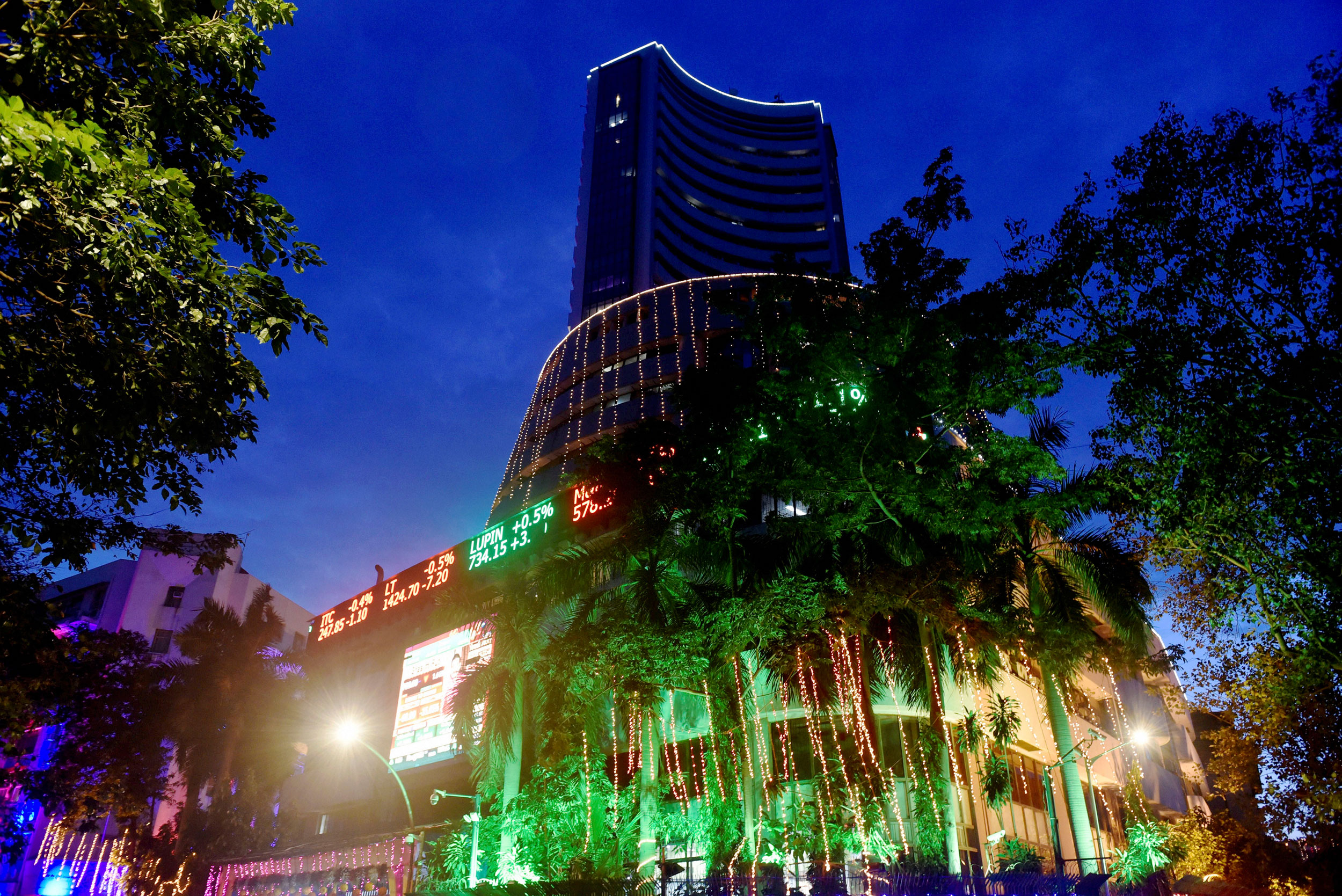 Investors ushered in Samvat 2076 on a positive note with the Sensex rising over 192 points in the special one-hour muhurat trading on Sunday evening.

The markets will look out for a revival in consumption, reduction of stress in the financial sector and an end to the US-China trade war in the coming year.

The benchmark index ended at 39250, a rise of 0.49 per cent, buoyed by better numbers posted by Tata Motors and an encouraging statement by Mahindra & Mahindra that indicated a possible consumption revival. Similarly, on the NSE, the broader Nifty rose 44.10 points to 11628.

On Friday, Tata Motors had reported a lower-than-expected loss in the second quarter, backed by a better showing by Jaguar Land Rover (JLR).

The Tata Motors stock led the list of gainers in the Sunday evening trading — where investors make token purchases — zooming 16.54 per cent, or Rs 21, to close at Rs 147.95.

The M&M stock, which has felt the impact of the consumption-led slowdown, gained 2.26 per cent to Rs 591.25. This came after the company said it had witnessed good sales on Dhanteras.

“This festive season, on the day of Dhanteras, the auto division of the company delivered close to 13,500 vehicles across the country. This figure was substantially higher than the deliveries last year on Dhanteras,” it told the stock exchanges in a regulatory filing. The announcement has led to optimism of green shoots being visible across some segments, though it is still early to say whether they will persist.

In the Sensex pack, 22 stocks gained — including Yes Bank, Vedanta, Infosys, Tech Mahindra and ITC. The positive mood was broad-based as reflected in the performance of the BSE mid-cap and small cap indices, which rose 0.69 per cent and 1.20 per cent, respectively.

Despite the good opening, market experts remain cautious. They pointed to the various measures taken by the government to lift the economy out of a slowdown, including a cut in personal income taxes and reduction of the policy repo rate by 135 basis points. However, the effects of these steps are likely to be felt only after a lag.

Expectations of a relief in the personal income tax front have grown particularly after the ruling BJP’s below par performance in the two recent state elections.

“The market’s movement in the next 12 months will depend on how the domestic economy performs. While we have seen mixed corporate results so far, an improvement in private consumption which is responsible for the current slowdown is yet to be seen,” an analyst with a foreign brokerage told The Telegraph.

“The markets are now betting on a reduction in personal tax rates in the February budget. However, we could be looking at a volatile period ahead and investors should put their money only in quality stocks,” the analyst said.

Samvat 2075 saw the benchmark Sensex rising 11 per cent, though the year was marked by both global and domestic headwinds that included the trade war between the US and China, Brexit uncertainty even as the financial sector came under immense pressure after the IL&FS crisis.

“Going ahead, markets are likely to remain volatile in the near-term till economic recovery is visible. However, the revival in sentiments has arrested the negative feedback loop and changed the narrative. The backdrop for the economy and earnings is improving as we step into new Samvat,” a note from Motilal Oswal Financial Services said.

Analysts at Anand Rathi Share and Stock Brokers are of the view that investors should put their money in companies having simple, scalable business models, high technology intensity, businesses with large brands, large distribution network and in sectors such as consumers, services and, technology.