Microfinance institutions have recorded a 53 per cent growth in loan portfolio and an improvement in portfolio-at-risk for the first quarter ended June 30, 2018. 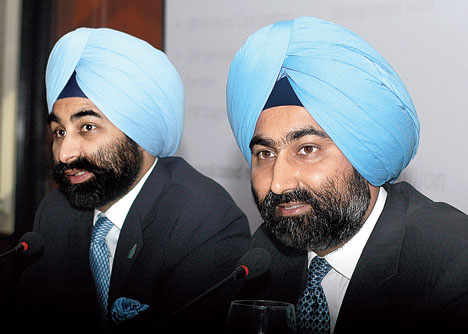 Calcutta: Microfinance institutions have recorded a 53 per cent growth in loan portfolio and an improvement in portfolio-at-risk for the first quarter ended June 30, 2018.

MFIs disbursed a total of Rs 17,836 crore during the quarter against Rs 11,701 crore in the corresponding year-ago period. The total number of MFI loan accounts has increased from 2.34 crore in June last year to 2.96 crore in June this year.

"The microfinance industry has gained pace, showcasing promising growth in the past quarters. More players are entering the space... the coming period will mark a new chapter for the sector. Improved investor confidence because of proper regulations and increased transparency in the sector will also support the growth story," said Harsh Shrivastava, CEO of industry body MFIN.

Portfolio-at-risk, a measure of the vulnerability of default of microcredit, was at 3.2 per cent, an improvement from 10.7 per cent recorded in June 2017.

The microfinance industry, which is traditionally cash dependent, was severely affected by demonetisation. The sector, according to micro lenders, is gradually reviving.

The portfolio-at-risk, however, could be affected in the second quarter on account of the floods in Kerala.

Estimates from India Ratings and Research show that the exposure of microfinance institutions to the state stood at Rs 2,100 crore with portfolio-at-risk at 2.7 per cent in 2017-18.

"There could be a spike in PAR30 (portfolio at risk) number for eight players operating in Kerala, where portfolio behaviour would remain vulnerable, largely because of loss of livelihood for many borrowers in the affected districts," the research firm said.

During the quarter there was total debt funding worth Rs 10,237 crore, an increase of 160 per cent from the corresponding previous quarter.

In terms of regional distribution of portfolios, the eastern and northeastern region of the country accounts for 35 per cent of the total NBFC MFI portfolios. The south accounts for 26 per cent, north 15 per cent, west 14 per cent and central 10 per cent.