Company's customer base shoots up from 4.16 to 4.34 million in one month 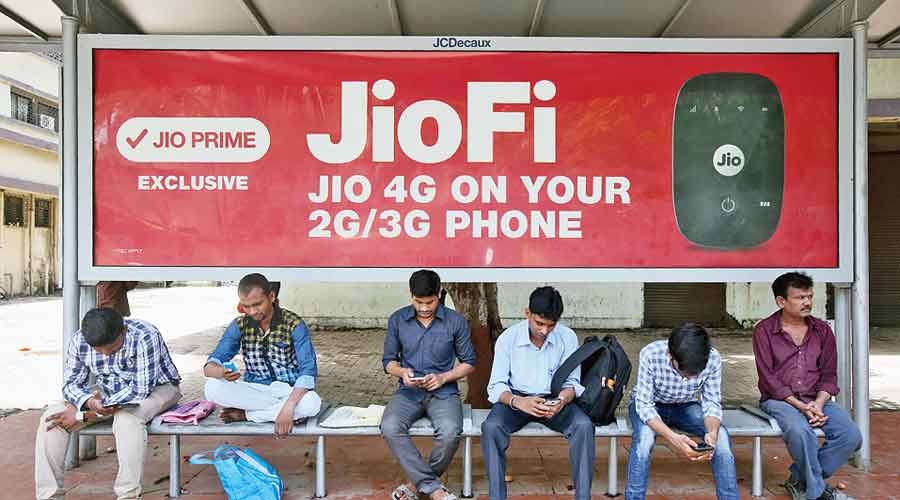 As the Covid-19 restrictions on movement and work from home pushed the demand for data, Reliance Jio with its aggressive marketing has captured the segment’s top position within two years of its commercial roll out toppling the two decade old state run BSNL.

Jio now leads the fixed-line broadband segment with 4.34 million customers, according to a monthly telecom subscribers report released by the Telecom Regulatory Authority of India (TRAI).

The segment had been dominated by the State-run telecom since its inception about 20 years ago.

from 4.72 million in October. Bharti Airtel fixed line broadband customer base stood at 4.08 million in November.

While Jio started from scratch, BSNL had 8.69 million wired broadband customers in September 2019 which reduced to less than half in November 2021.

Bharti Airtel's wired broadband subscriber base has grown by about 70% to 4.08 million in November 2021 from 2.41 million in September 2019 and at a similar growth pace it is expected to overtake BSNL soon.

The broadband subscribers in the country grew to 801.6 million in November from 798.95 million in October with Reliance Jio maintaining its lead in the segment, according to the TRAI subscribers report.