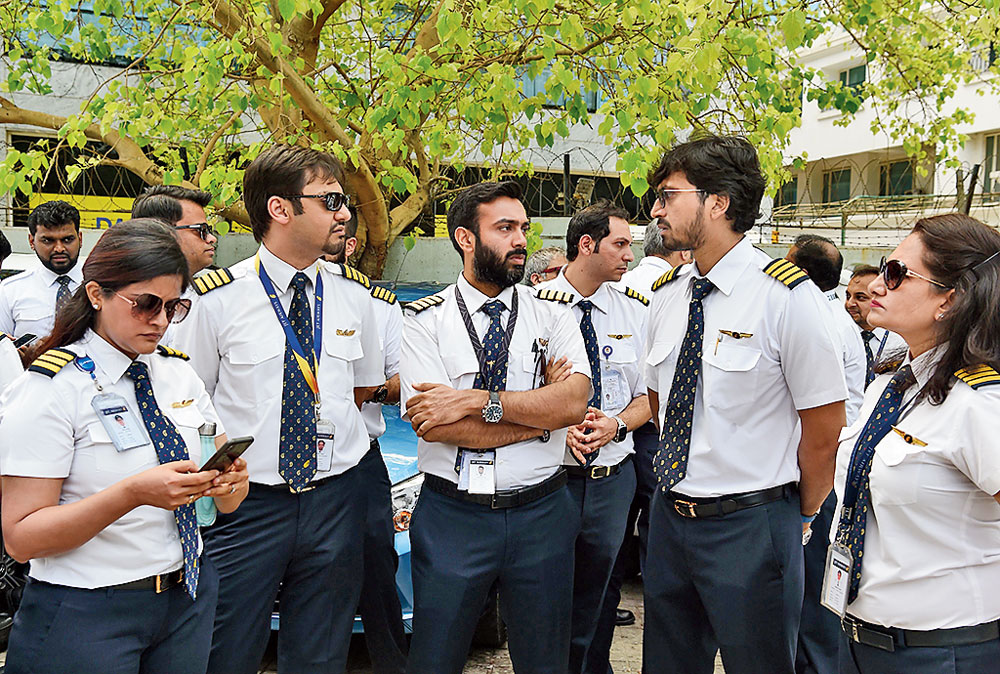 The fate of Jet Airways and its 20,000 employees continued to hang in the balance as a consortium of lenders on Monday dithered on providing emergency funds to the airline.

The Jet board will meet on Tuesday where the management will seek guidance on the next steps.

Lenders led by the State Bank of India (SBI) on Monday deferred a decision to provide interim funding of Rs 1,500 crore to the crisis-hit carrier. The lenders want to vet the expressions of interest (EoI) received for the airline first before providing the emergency funds.

Jet lender SBI said in a late evening statement that the legal team of SBI Caps was evaluating the expressions of interest and the bidders would be shortlisted soon.

The SBI said the proposed equity conversion by banks, if any, would be undertaken as a transitory mechanism to facilitate the bidding-cum-sale-process.

According to the SBI, it is acting on behalf of a group of lenders as part of a bank-led resolution process. Necessary ``support’’ to facilitate this process is being extended by the banks in the consortium.

Sources said that while the banks had not yet provided emergency funding to Jet, support in the near future could not be ruled out.

The last date for the submission of EoI was last Friday. Jet Airways promoter Naresh Goyal has put in a bid as did Etihad, which has a 24 per cent stake in the airline. The National Infrastructure Investment Fund is also in the fray and a consortium of Redcliffe Capital & Think Equity and TPG Capital.

In the absence of funds from the lenders, services of the airline continued to take a hit. Jet said its operations on overseas routes would remain grounded till Thursday.

Chief executive Vinay Dube said in an internal communication that the lenders could not decide on the emergency funding and the board of the airline would meet on Tuesday to take a call.

The airline has only seven planes in its fleet — six ATRs and one B737. Rest of the aircraft in its fleet of 123 have been grounded because of the non-payment of rentals to the lessors and lack of cash to purchase fuel.

Earlier in the day, the airline's pilot union along with engineers and cabin crew members assembled at its headquarters here. They were last paid in December.

“We would like to appeal the SBI to release Rs 1,500 crore funds to help the airline continue operations. We also appeal Prime Minister Narendra Modi to save 20,000 odd jobs at the airline,” National Aviator’s Guild vice-president Asim Valiani told newspersons.