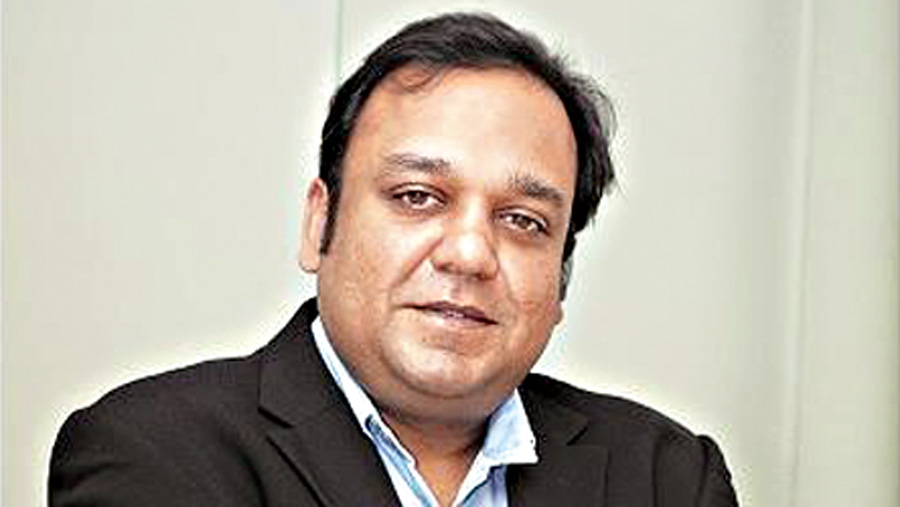 The battle between the founders of Zee Entertainment Enterprises Ltd and activist shareholder Invesco blew up into a massive controversy on Wednesday after a string of revelations showed that the institutional shareholder had tried to mediate a merger with Mukesh Ambani’s Reliance group back in February that promised to retain Punit Goenka as MD and CEO of the merged entity.

The latest developments ripped to shreds Invesco’s claim that it had been driven by a well-intentioned desire to remove Goenka as MD and CEO of the company because of weak leadership and poor corporate governance standards at Zee.

Invesco’s claim sounded even more hollow when the sordid details of Invesco’s overture made on February 23 this year tumbled out, triggered by Goenka’s letter to the Zee board on Tuesday that the company promptly revealed in a regulatory filing with the bourses.

The Invesco plan — made in a hard-nosed, take-it-or-leave-it manner — offered terms in the proposed merger with Reliance group entities that mirrored provisions worked into the non-binding merger pact reached last month between Sony and Zee.

Late in the evening, the Reliance group tried to distance itself from the escalating war when it admitted that it had been approached by Invesco to discuss a merger but claimed the discussions had broken down over Zee’s demand for the issue of preferential warrants to raise its stake in the merged entity.

In his letter to the Zee board, Goenka said he had been approached by Aroon Balani and Bhavtosh Vajpayee, representatives of Invesco Developing Markets Fund and OFI Global China Fund LLC, with the offer of a merger with a “large strategic group”.

Goenka said he was “surprised” that a public shareholder, holding around 18 per cent in Zee, was “negotiating a merger deal on behalf of the company without any authority or involvement of the board”.

The Zee chief  executive did not reveal the name of the strategic group. The Reliance group’s name tumbled out later when Invesco came out with its response to Zee’s shocking revelations.

Goenka said Invesco had negotiated the commercial terms of the merger and told him that these could not be re-negotiated when he expressed strong reservations about the valuations.

Under the terms of the offer, the strategic group would hold a majority stake in the company but Goenka would stay on as MD and CEO.

Zee was valued at Rs 21,129 crore at a share price of Rs 220 per share — at a premium of roughly 9 per cent above the prevailing market price. The entities of the strategic group that would be part of the merger were valued at Rs 17,500 crore.

The strategic group offered to invest Rs 14,000 crore in cash in the merged entity which would give the new owner a 60 per cent stake.

The Zee founder group would hold 3.99 per cent and would be offered employee stock options without any vesting period for another 4 per cent, which would raise their stake to roughly 8 per cent.

The Zee MD also claimed that he was asked to obtain the board’s approval “within a period of just five days”.

Goenka claimed that the valuation of the strategic group’s entities was inflated by about Rs 10,000 crore. When he baulked, the Invesco representatives said the deal would be consummated “with or without me”.

In his letter to the Zee board, Goenka said subsequent developments including Invesco’s demand for an extraordinary general meeting seeking to pass resolutions to oust him as MD and CEO of the company and induct six new independent directors into the Zee board “was a blatant attempt by Invesco to assume de facto control of the company in violation of applicable takeover regulations”.

On Wednesday, Invesco disclosed the strategic group was none other than Reliance . The fund said that its role was only to “facilitate” a possible deal between Reliance and Zee.

Invesco, however, rejected claims it had pushed for the transaction at a lower valuation.

“We wish to make clear that the potential transaction proposed by Reliance (the strategic group referenced but not disclosed in the 12 October 2021 communication by Zee) was negotiated by and between Reliance and Goenka and others associated with Zee’s promoter family. The role of Invesco, as Zee’s single largest shareholder, was to help facilitate that potential transaction and nothing more,” the fund said.

It added that various sincere efforts were made over the last two years to bring Zee back to good health and that discussions around strategic alignments have been just one part of this effort. “Zee’s (October 12) disclosure is yet another tactic to delay an EGM that will give shareholders their right under Indian law to vote for a slate of independent trustees and pave the way for a healthier future for Zee,” Invesco said.

In a statement, Reliance expressed regret over the manner in which it had been dragged into the dispute between Zee and Invesco.

Reliance disclosed that it made a broad proposal for the merger of its media properties with Zee at fair valuations. The note said that Invesco had assisted it in arranging discussions directly between its representatives and Goenka.

“The valuations of Zee and our properties were arrived at based on the same parameters. The proposal sought to harness the strengths of all the merging entities and would have helped to create substantial value for all, including the shareholders of Zee,” RIL said.

The Reliance note said differences between Goenka and Invesco when the Zee founding family wanted to raise their stake by subscribing to preferential warrants. The Reliance group turned that request down as it believed the “founders could always increase their stake through market purchases”.

In his letter, Punit Goenka said the Zee promoters had offered to pump cash into the merged entity against the issue of warrants “at the same value which the strategic group attributed to the company (Zee)”.

Reliance wasn’t prepared to offer these warrants at existing valuation — and the deal fell apart.