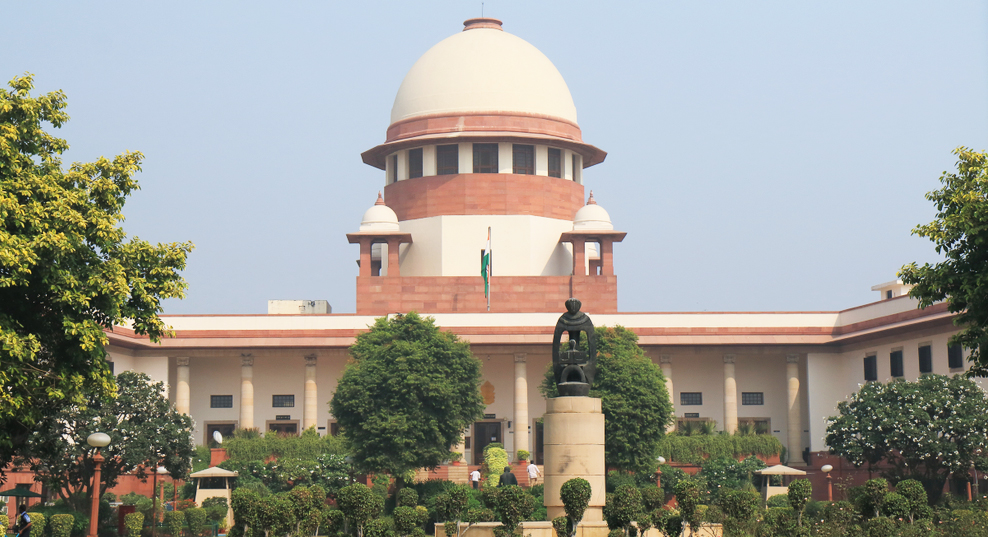 The Supreme Court on Friday upheld the Insolvency and Bankruptcy Code (IBC) in its entirety, tossing out a batch of petitions that had challenged the constitutional validity of several provisions, including the one that has barred the promoters of defaulting companies and “connected persons” from bidding for stressed assets.

“We have upheld the insolvency code in its entirety,” a bench headed by Justice R.F. Nariman said.

Friday’s ruling recalled the Supreme Court’s verdict in 2000 in the Bhavesh D. Parry versus Union of India case: “Matters of economic policy…are best left to the wisdom of the legislature and, in policy matters, the accepted principle is that the courts should not interfere.”

“It is with this background, factual and legal, that the constitutional validity of the Insolvency and Bankruptcy Code, 2016 has to be viewed,” Justices Nariman and Navin Sinha said in a 150-page judgment.

One of the big contentious issues brought before the apex court was section 29A of the IBC that bars the promoters of loan defaulting companies and their relatives from being involved in the resolution process. This section has stirred a hornet’s nest as it effectively barred the Ruias from bidding for Essar Steel – and prompted the committee of creditors to pick ArcelorMittal’s offer as the winning bid.

The petitioners had argued that just because someone happened to be a relative of an ineligible person, it could not be a good enough reason to oust such person from becoming a resolution applicant, if he is otherwise qualified.

In a significant ruling, the court said: “We are of the view that persons who act jointly or in concert with others are connected with the business activity of the resolution applicant.”

It said that all the categories of persons mentioned in Section 5(24A) — a long list of persons and entities that are clubbed as related party under the provisions of the IBC — show that such persons must be “connected” with the resolution applicant within the meaning of Section 29A(j).

“This being the case, the said categories of persons who are collectively mentioned under the caption ‘relative’ obviously need to have a connection with the business activity of the resolution applicant. In the absence of showing that such a person is ‘connected’ with the business of the activity of the resolution applicant, such person cannot possibly be disqualified under Section 29A(j),” the court said.

It wasn’t immediately clear whether this ruling would have any bearing on the NCLT verdict in the Essar Steel case that must be delivered by January 31.

Arun Jaitley, who is undergoing treatment in the US and has been temporarily replaced as finance minister by Piyush Goyal, tweeted: “The upholding of the provisions that bar the defaulting promoters from bidding is both ethical and proper — otherwise the defaulter will continue to manage the company with banks taking a haircut.”

No parity for creditors

It was the petitioners’ contention that the code discriminated between the “financial creditors” and the “operational creditors” by vesting most of the rights relating to the resolution of the disputes and liquidation proceedings with the former who have the first right of recovery of dues.

Rejecting the argument, the apex court said “operational creditors” whose aggregate dues are not less than 10 per cent of the debts have a right to attend the meetings of the Committee of Creditors (CoC) under the code. Also, under the resolution plan, they are guaranteed at least the liquidation value.

This ruling will come as a serious jolt to operational creditors of bankrupt companies, whose hopes were raised after the court had on December 17 last year suggested they be given a voice, including voting rights, in the resolution proceedings in proportion to their debt.

The apex court said the IBC has sufficient safeguards to protect the rights of the “operational creditors”.

Mukul Rohatgi had argued that the NCLAT had only one bench in Delhi and made legal remedies against the NCLT orders costly as persons would have to travel from Tamil Nadu, Calcutta, and Bombay to New Delhi, whereas earlier, they could have approached the high courts in their states. He buttressed his argument with a Supreme Court verdict of 2014 in the case of the Madras Bar Association against the Union of India.

The court upheld his argument and directed “the Union of India to set up Circuit Benches of the NCLAT within a period of six months from today”.