Advertisement
Home / Business / Inflation in US surges to 40-year high at 6.8 per cent in November

Inflation in US surges to 40-year high at 6.8 per cent in November 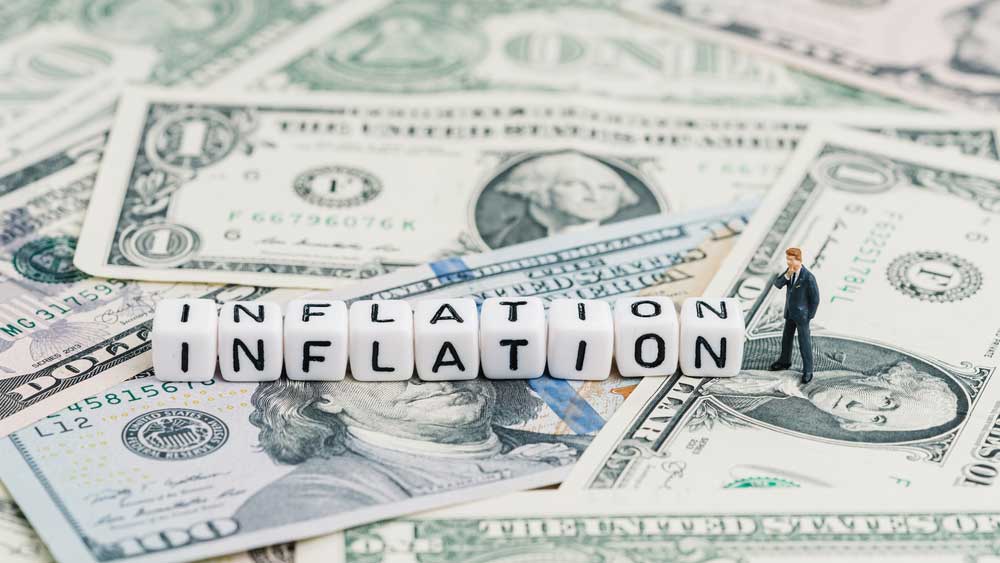 Inflation in the US surged to a 40-year high at 6.8 per cent in November, putting immediate pressure on the Federal Reserve to roll back its pandemic-era stimulus when its policy makers meet next week.

Economists expect the Fed policy makers to end its $120 billion treasury bond and mortgage-backed security purchases sooner. This would put it in a position to start raising rates, which the US central bank has held near zero since the outbreak of the pandemic. Fed officials have already announced plans to slow those purchases by $15 billion a month which would have the program ending midway through 2022.

An accelerated rollback of the Fed’s bond purchases could trigger fund outflows from emerging markets such as India and spark severe turmoil in its stock and currency markets. It would also exacerbate pressure on the Reserve Bank of India which has been pinning its hopes on a benign inflation environment to justify its decision to hold interest rates in an effort to re-ignite economic growth.

The US inflation data release had kept Indian markets on the edge on Friday, with the rupee dropping 18 paise to an over 16-month low of 75.78 (provisional) on higher dollar outflows.

Stock market investors across the world had remained on the sidelines on Friday in anticipation of the US inflation data. US stock indexes rose on Friday after the data showed the inflation figure largely in line with estimates last month. Analysts, however, said, it won’t deter the Federal Reserve from speeding up the taper process.

The big inflation number from the US included a strong increase in food prices, which rose 6.1 per cent from a year earlier, according to the US Consumer Price Index report. The 0.7 increase in November came on the heels of several months of strong gains: The food index climbed 0.9 per cent in October and September.

Rent of shelter also rose 0.5 per cent last month, reflecting a tight housing market that is feeding into inflation. The surge in rent costs has stemmed from strong demand for owned homes and as people have searched for extra space but found that houses were in short supply.

Americans have felt the increase in prices, which has dented their finances and forced them to cut back in other ways. Consumers have grown more wary of the surge in costs, expressing less optimism about their personal finances and the overall growth of the economy, according to a recent University of Michigan survey.

Alan Detmeister, a senior economist at UBS who used to be chief of the wages and prices division at the Fed Board in Washington, said that rents would continue to move up strongly in the near term. But real-time trackers like (US) Apartment List have showed some softening in recent readings, which could be a good sign that those pressures will cool off toward the middle of 2022.