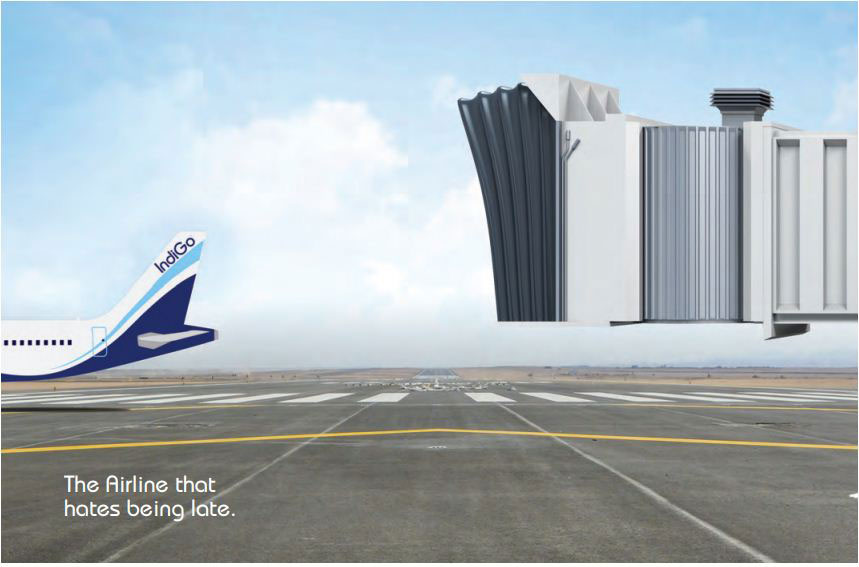 IndiGo, the country’s largest domestic airline, will add 30 per cent capacity this financial year to maintain dominance of the world’s fastest growing aviation market, although its parent company has just recorded its first quarterly loss since listing.

The clear market leader with 189 planes and a 43 per cent share is unwilling to cede ground to rivals such as Jet Airways and SpiceJet, chief commercial officer Willy Boulter said.

“We are keen to protect our market share,” he said in an interview.

The airline has said it plans to add to its fleet of Airbus SE A320neos and ATR 72 turboprops at a rate of around six planes a month.

Fares fell almost 10 per cent in the last quarter but any unilateral increase would be outweighed by the number of passengers the airline would lose and that would hurt revenues and IndiGo’s long-term position, Boulter said.

India’s aviation market is growing at 20 per cent annually, but a combination of rising oil prices, high fuel taxes, a weak rupee, low fares and intense competition have driven carriers into the red.

The low-cost carrier’s parent Interglobe Aviation reported its first-ever quarterly loss since listing in 2015 of Rs 652 crore ($88.99 million) on Wednesday.

However, as Jet Airways seeks a cash injection, Air India receives fresh government handouts and rival SpiceJet’s balance sheet weakens, IndiGo is in the best position as it has the lowest costs, said Binit Somaia, South Asia director at the CAPA Centre for Aviation, a consultancy.

“They can ride this out better than others can, without a doubt,” Somaia said of IndiGo. His firm estimates Indian airline industry losses could reach $1.9 billion this year, led by full-service carriers.

To conserve its $1.8 billion cash balance, IndiGo said it will keep leasing its A320neos rather than buying some of them as it had previously announced.

IndiGo, one of Airbus’ biggest global customers with 430 more jets on order, has nearly triple the market share of nearest rival Jet Airways, which recently grounded some planes to conserve cash.

But IndiGo’s strategy is not without risks. Its rapid growth is depressing fares across the market at a time of rising costs and conditioning consumers to pay less.

Furthermore, its willingness to stomach losses if needed to outlast rivals could be placing the broader industry in financial peril to the detriment of the traveling public and thousands of employees at rival airlines, according to an official at the civil aviation ministry.

India does not regulate airline pricing but the government is worried about the sustainability of the industry because fares are no longer covering costs, the official said on condition of anonymity.

“Pricing is entirely their domain ... but if it comes to continuous bleeding by airlines then it becomes a matter of concern,” he said.

IndiGo’s success has been built on a model of simplicity, keeping costs low through the use of an all-Airbus fleet for metro flights and no codeshares with other airlines or a frequent flyer programme.

Many business travelers now prefer IndiGo because of its new planes, high frequencies and strong on-time performance, despite the grounding of some of its jets due to issues with the Pratt & Whitney engines.

This makes it more akin to Southwest Airlines or easyJet models rather than barebone carriers such as Ryanair Holdings and AirAsia Group.

“People don’t associate IndiGo necessarily with cheap. I think IndiGo is preferred because their network is so large and you are reasonably sure that you will reach your destination on time.”

IndiGo, whose management team is led by several expatriates after long-term CEO Aditya Ghosh announced his departure in May, built up its business on the basis of offering the lowest fares in the market and it still offers super-cheap ones like a $28 one-way sale fare for the 2-hour Delhi-Mumbai flight.