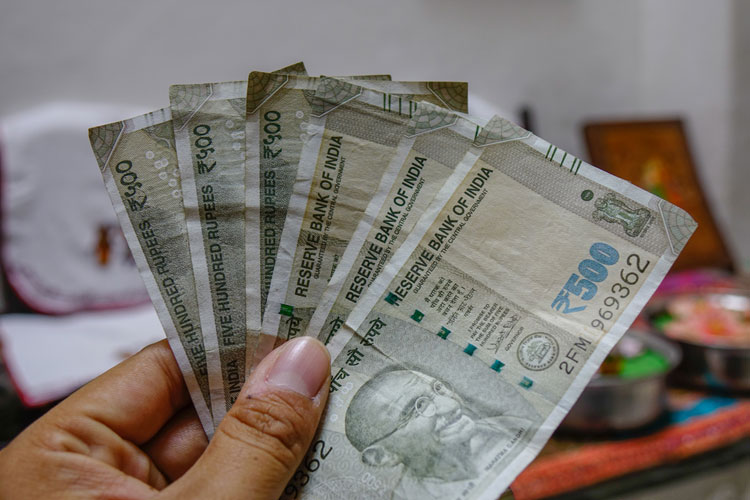 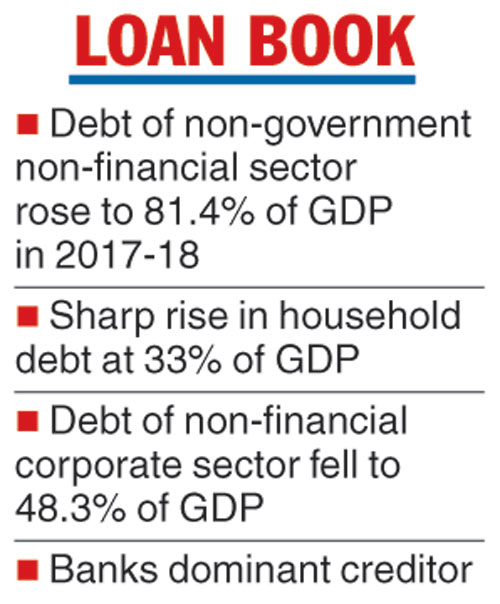 The report, which arrived at the estimates of the NGNF debt from the creditors’ loan book to the end-user, said there were six major sources of institutional lenders in the country available for the corporate and household sectors.

In terms of creditors, while bank credit growth averaged around 9 per cent over the past five years, it was more in the case of NBFCs at around 22 per cent for HFCs, 18 per cent for corporate bonds and 15.7 per cent for NBFCs.

Though banks remained the dominant creditor in the economy, their share in end-user credit dropped from 73 per cent in 2004-05 to 66.5 per cent in 2011-12 and further to below 60 per cent in the previous financial year. At the same time, the share of HFCs, corporate bonds and NBFCs increased.

In terms of sectors which availed themselves credit, households saw a sharp rise. The brokerage estimated the total household debt at Rs 55.4 trillion ($853 billion) in 2017-18, which was equal to 33.1 per cent of GDP – the highest-ever level. Though more than three-fifth of household debt is still provided by banks, their share has come down.

India’s debt is mounting even as it remains the world’s fastest growing economy.

Among the various constituents, while the debt of the non-government non-financial sector (NGNF) rose, that of the government (both Centre and the states) remained range-bound over the past three years.