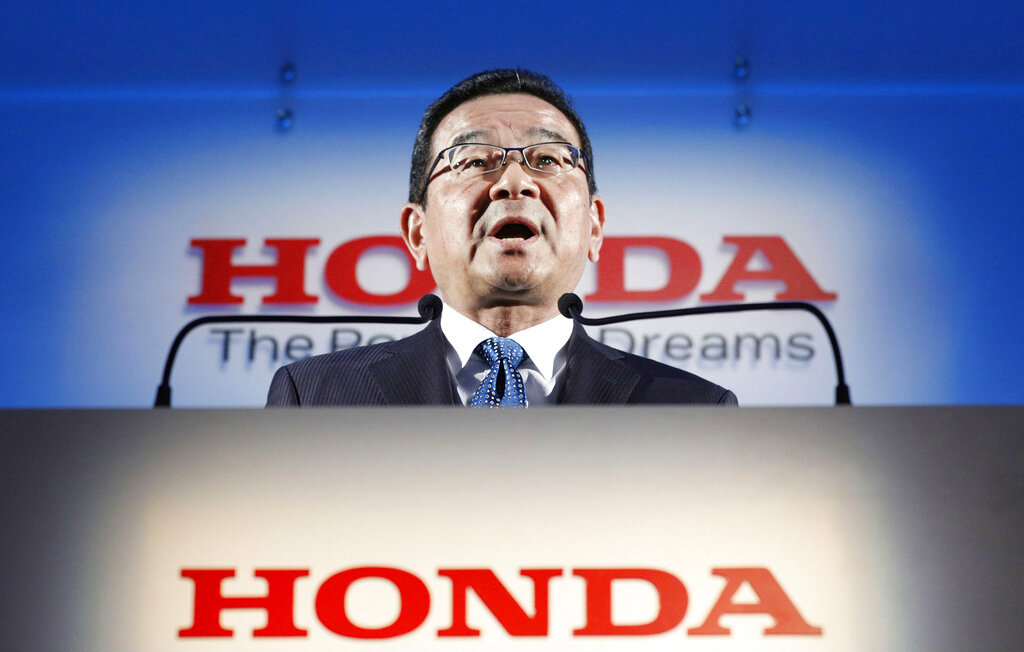 Honda Motor Co. plans to close its car factory in western England in 2021, the company said on Tuesday, in a fresh blow to the British economy as it faces its March 29 exit from the European Union.

The Japanese automaker announced the decision, which will imperil 3,500 jobs and possibly many more, at a news conference in Tokyo.

Honda's president and CEO Takahiro Hachigo told reporters the decision was not related to Brexit, but was based on what made most sense for its global competitiveness in light of the need to accelerate its production of electric vehicles.

'We still don't know what sort of changes Brexit will bring at this point,' he said. 'We have to wait until we have a better idea about the situation.'

Hachigo said the company would begin discussions with affected workers at the factory in Swindon right away. 'I very much regret this,' he said, adding that 'this was the best choice the circumstances.'

Honda makes its popular Civic model at the factory, 115 km west of London, with an output of 150,000 cars per year. Its restructuring is aimed at adjusting its operations to reflect stronger demand in Asia and North America, Hachigo said. 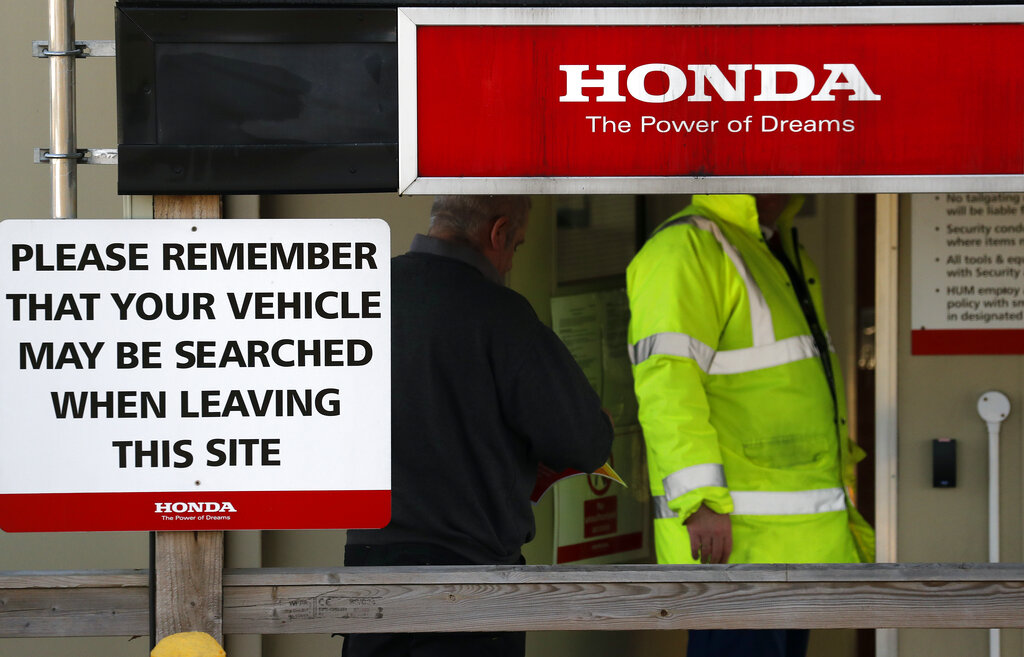 Security guards the entrance of the Honda car factory in Swindon, England, on Tuesday.
AP

The next model of Civic to be sold in Britain will be exported from Japan, the company said.

Honda is also adjusting its operations in Turkey, where it makes 38,000 Civic sedans a year. It said it would continue operating there, however, and hold a 'constructive dialogue' with local stakeholders.

British businesses are issuing increasingly urgent warnings about the damage being done by the uncertainty around Brexit. The UK has yet to seal a deal laying out the divorce terms and establishing what trade rules will apply after Brexit.

In presenting the restructuring plan, Hachigo stressed that Honda was striving to adjust to a fast changing global industry.

'We are facing increasingly severe competition from Chinese and Indian manufacturers,' he said. 'We have to move more quickly.'

But Christian Stadler, a professor at Warwick Business School in England, said Brexit had to be a factor. The loss of free entry into the European market from Britain undoes one of its top advantages as a manufacturing base.

Many businesses fear economic chaos if there isn't an agreement on the rules and conditions that will replace the 45 years of frictionless trade that came with being an EU member. The uncertainty has already led many firms to shift some operations abroad, stockpile goods or defer investment decisions.

Earlier this month, Japan's Nissan announced that it would not build a new SUV at its plant in Sunderland, England, as previously planned.

'Car manufacturers have repeatedly warned the government about the threat Brexit poses to British industry,' Stadler said, noting that Jaguar Land Rover had also scaled back its operations.

'Honda faces the same challenges as fellow Japanese car maker Nissan. The global economy is slowing down, which has hit key markets such as the US and China.'