The effect: After two days of standstill in operations, chargesheeted workers have assured full cooperation 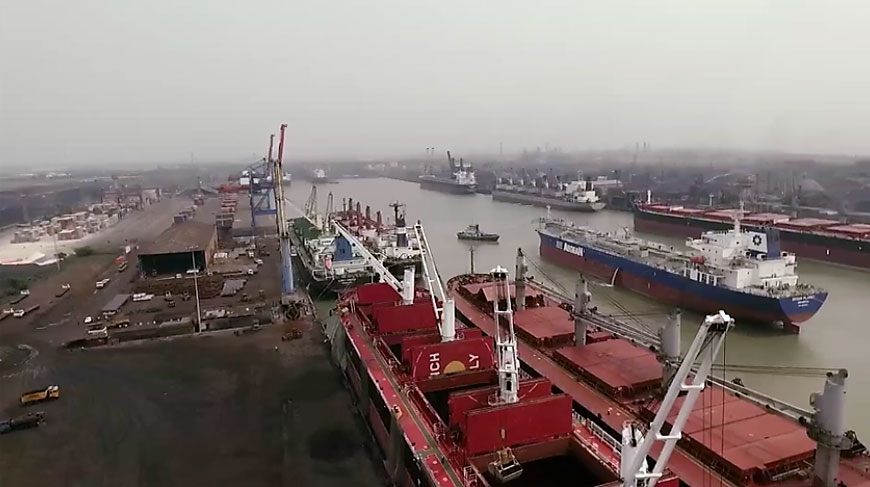 Haldia port is likely to resume operations on Friday, ending a tense, two-day stand-off between the senior management and its workers.

Sources said two unions, representing the chargesheeted workers, have jointly written to the chairman of the Calcutta Port Trust (CPT) explaining why some of them were found absent during duty hours. The unions have requested the chargesheets to be withdrawn and assured full co-operation.

There are 13 ships inside the dry dock at Haldia port, a major gateway for imported coal for eastern region steel and power plants, while 26 ships are at the high sea at sandheads, waiting for the logjam to be cleared and enter the Hooghly river for berthing.

The explanation, if accepted by the port authority, may pave the way for the resumption of full-fledged cargo handling from Friday morning. Earlier in the day, several rounds of talks between the Trinamul Congress-backed union and CPT officials failed to break the impasse.

CPT sources said port authorities had conducted a surprise inspection on Monday night at the dock following weeks of reports of absenteeism and delays by the mooring crew. They allegedly found 18 of the scheduled 20 workers were absent.

“The mooring crew has been in this habit for a long time. We had no option but to conduct the inspection. They have begun a strike in protest, but we will continue discussions,” said a senior official.

Without the help of the mooring crew, ships cannot navigate inside the dry docks. As they are on ceasework, ships can neither go out of the lock gate after emptying the cargo nor come inside for unloading.

“The mooring crew is short-staffed. We should be working eight hours a day but often we have to work for 16 hours. Some of our members were busy with elections but we did not hamper the port’s

We are demanding an increase in the marine crew and revocation of the showcause,” said Debashish Chakraborty, deputy general secretary of INTTUC-backed Calcutta Port Trust Permanent Employees’ Union.

Amalesh Das, 48, a mooring worker who has been showcaused, said, “During Monday night’s inspection, I was just nearby eating dinner. I would have come back immediately if I was called.”

A port official said mooring crew have long been in the habit of shirking duty in the absence of high tides - which is the only time the ships can enter a berth. The official said that this behaviour had led to several delays at the port over the past several months.