Haldia, Calcutta port to be equipped to handle 25 per cent more cargo

The twin ports, under the aegis of Syama Prasad Mookerjee Port will have their capacity cross 100 million tonnes 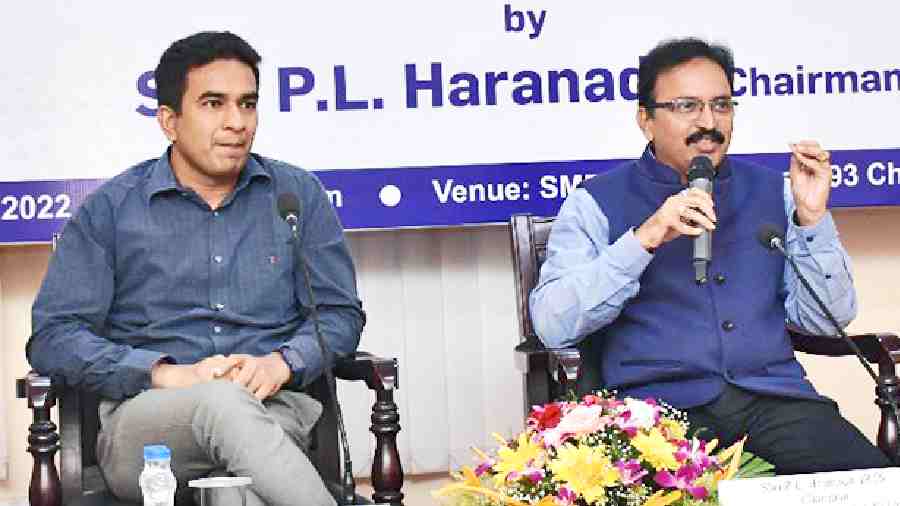 The ports at Haldia and Calcutta will be equipped to handle 25 per cent more cargo once the ongoing and upcoming projects worth Rs 3,350 crore go on stream.

The twin ports, under the aegis of Syama Prasad Mookerjee Port (formerly Calcutta Port Trust), will have their capacity cross 100 million tonnes (mt) a year once the infrastructure upgradation works are completed.

The capacity addition will take place both in Calcutta and at Haldia. Many of the existing berths will be given out to prospective private parties in a PPP mode to mechanise and thereby increase capacity.

The port will also focus on creating additional cargo handling facilities at Shalukkhali near Haldia and in Balagarh, upstream of Calcutta. There will also be a continued focus on transloading operation at deep draughted locations in Sagar and Sandheads, allowing large ships to dock, the chairman added.

Moreover, SMP will drive cargo movement through protocol routes to Bangladesh and the Northeast. Last year, 3.8mt cargo was sent to the neighbouring country by barges.

“It takes about 5-6 years for any large port project to take off, from the conceptualisation to completion. The projects which are ongoing and those in pipeline will be completed by 2030 and the port’s capacity will cross 100mt mark for the first time,” Haranadh, who is the chairman of Paradip Port Trust, explained.

The port has identified two plots in South 24 Paraganas on the bank of the river Hooghly to develop a tourism project on the PPP mode. SMP deputy chairman (Calcutta) Samrat Rahi said a land parcel of 25 acre at Moyapur and another 11 acres at Nurpur would be put to bid.

“We think there is potential to build resorts on these land parcels. The port will invite private parties to develop the project,” he said. Given the proximity of Raichak, which has a large hospitality project, the land parcels may excite prospective investors.