GST on e-vehicles cut to 5% 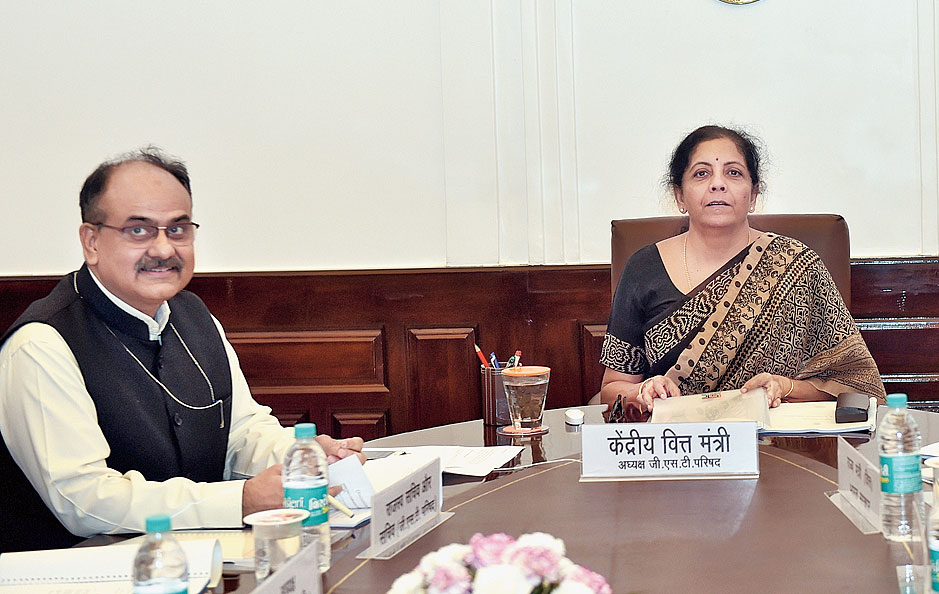 Sources said the rate cut would have a negligible annual revenue impact of around Rs 60 crore.

Sources said a proposal was placed to cut the GST rates on BS VI complaint vehicles too as it would reduce pollution as not everyone would be shifting to electric vehicles.

However, several states were opposed to the move as it would have significant revenue implications for both the Centre and the states, the sources added. The council decided to revisit the issue at a later date.

“The reduced rate of GST on electric vehicles should help foster demand for this environment-friendly variant through a tax arbitrage between conventional vehicles and EVs,” said Abhishek Jain, tax partner at EY India.

“The tax benefit will help create an ecosystem that will encourage faster mass adoption of EVs in our society,” Hyundai Motor India CEO S.S. Kim said. The company has recently launched its fully electric SUV Kona priced at Rs 25.3 lakh.

Mahindra & Mahindra managing director Pawan Goenka tweeted, “With the GST rates coming down the financial viability for 3W and even 4W for shared mobility becomes positive. Now let us just do it.”

SIAM president Rajan Wadhera said, “Over the years, this will help popularise electric vehicles... there is a need for a long term unambiguous EV roadmap.”

Ranjeet Mahtani, partner, Dhruva Advisors, said: “This rate rationalisation could prove the turbo boost for the EV sector; while the traditional automobile sector looks for its starter.The recommendation necessitates a scrutiny of the inverted duty position for EVs and, at a policy level it would be ideal the GST Council had also cut GST rate on key parts and components used for manufacture of electric vehicles.”

SMEV director-general Sohinder Gill said with the reduction in GST, the gap between prices of EVs and internal combustion engine vehicles will also be reduced and will thus play a part in faster adoption of electric mobility.

“The EV industry now awaits the corresponding reduction of the 18 per cent GST on batteries as it will help maintain the low running cost of e-vehicles over their lifetime,” he added.

Ayush Lohia, CEO of Lohia Auto Industries, said: “It was a long-pending demand by the industry and hopefully it will attract investment for manufacturers and ensure clean energy over time.”