Government hikes gas price by 62 per cent, CNG rates may go up 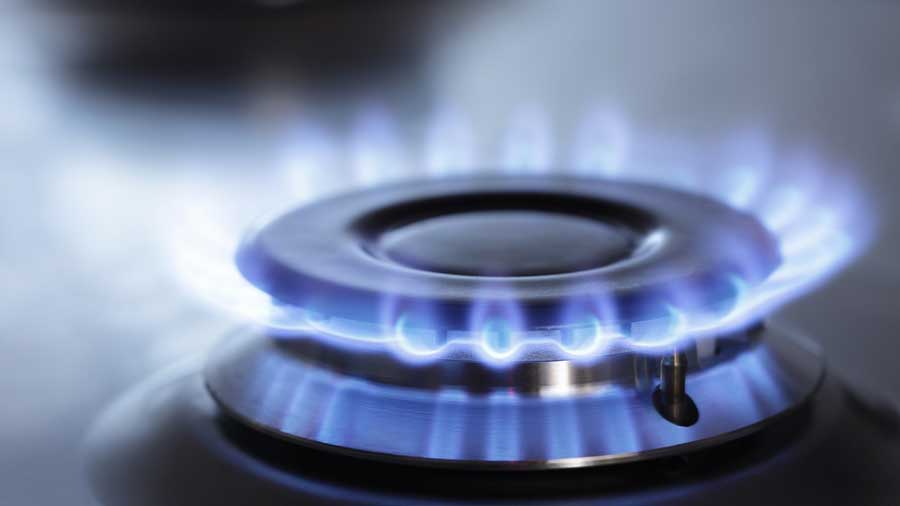 The government on Thursday hiked by 62 per cent the price of natural gas that is used to produce electricity, make fertilisers and turned into CNG to use as fuel in automobiles and cooking gas for household kitchens.

This is the first increase in rates since April 2019 and comes on back of firming benchmark international prices but does not reflect the spurt in spot or current price of liquefied natural gas (LNG) witnessed during the last couple of weeks.

The oil ministry's Petroleum Planning and Analysis Cell (PPAC) said the rates paid for gas produced from fields given to state-owned Oil and Natural Gas Corporation (ONGC) and Oil India Ltd (OIL) will be USD 2.90 per million British thermal unit for the six-month period beginning April 1.

Simultaneously, the price for gas produced from difficult fields such as deepsea, which is based on a different formula, was hiked to USD 6.13 per mmBtu from the current USD 3.62 per mmBtu.

This is the maximum price that Reliance Industries Ltd and its partner BP plc are entitled to for the gas they produce from deepsea blocks such as KG-D6.

The increase in gas price is likely to result in a 10-11 per cent rise in CNG and piped cooking gas rates in cities such as Delhi and Mumbai, industry sources said.

It will also lead a rise in cost of generating electricity but consumers may not feel any major pinch as the share of power produced from gas is very low.

Similarly, the cost of producing fertiliser will also go up but as the government subsidises the crop nutrient, an increase in rates is unlikely.

At the last revision in April this year, rates paid to ONGC were left unchanged at UD 1.79, while the deepsea gas price was cut from USD 4.06 per mmBtu to USD 3.62.

A USD 1 increase in gas price results in Rs 5,200 crore revenue for ONGC on an annualised basis. After accounting for taxes and other levies, it translates into Rs 3,200-3,300 crore in EBDITA for the company, sources said.

Gas prices were last raised in April 2019 and have since only fallen due to a drop in global benchmark rates.

While the government sets the price of gas produced by ONGC from fields given to it on a nomination basis, it bi-annually announces a cap or maximum price that operators who won exploration acreage under licensing rounds can get.

The operators are supposed to do a market price discovery by seeking bids from users but that rate is subject to the price ceiling announced by the government, sources said.

Reliance-BP had in the recent price discovery for new gas from their Krishna Godavari basin block, got rates of over USD 6 per mmBtu.

Similarly, "the price ceiling" for gas produced from "discoveries in deepwater, ultra-deepwater and high pressure-high temperature areas" is USD 6.13 per mmBtu, it said.

Natural gas price is set every six months -- on April 1 and October 1 -- each year based on rates prevalent in surplus nations such as the US, Canada and Russia in one year with a lag of one quarter.

The sources said gas prices had fallen when the pandemic broke out but recovered later as demand picked up.

The recent spurt in rates will get reflected in prices that become effective from April next year.

The gas price fixed in the last couple of years was unremunerative for producers as it was way below the cost of production.

ONGC had been incurring losses on the 65 million standard cubic metres per day of gas it produces from domestic fields shortly after the government in November 2014 introduced a new gas pricing formula that had "inherent limitations" as it was based on pricing hubs of gas surplus countries such as the US, Canada, and Russia.

The sources said ONGC in a recent communique to the government has stated that the break-even price to produce gas from new discoveries was in the range of USD 5-9 per mmBtu.

The Congress-led UPA had approved a new pricing formula for implementation in 2014 that would have raised the rates but the BJP-led government scrapped it and brought a new formula.

The new formula takes into account the volume-weighted annual average of the prices prevailing in Henry Hub (US), National Balancing Point (the UK), Alberta (Canada), and Russia with a lag of one-quarter.

The rate at the first revision, using the new formula, came to USD 5.05 but in the subsequent six-monthly reviews kept falling till it touched USD 2.48 for April 2017 to September 2017 period.