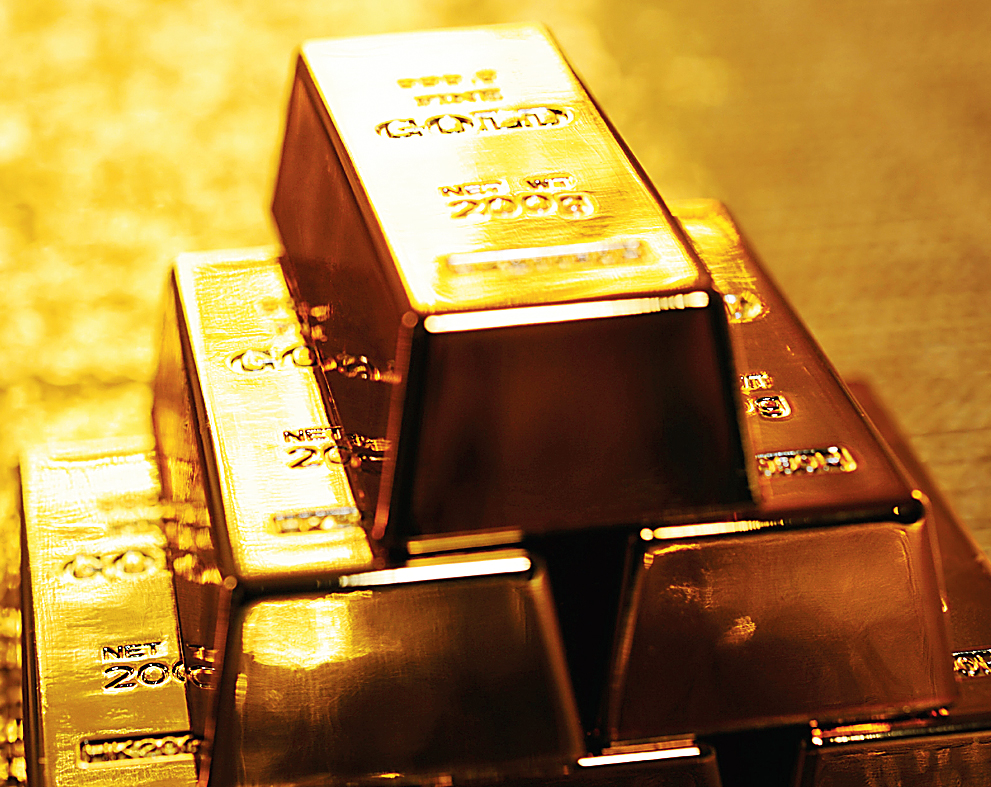 The government has indicated it would come out with a comprehensive gold policy and also consider the industry demand to reduce the import duty.
(iStock)
R. Suryamurthy   |   New Delhi   |   Published 20.01.19, 06:39 PM

The interim budget could cut the import duty on gold by half to about 5 per cent as the softening of crude prices and lower imports of the yellow metal have reduced the worries over the current account deficit (CAD).

The government has indicated it would come out with a comprehensive gold policy and also consider the industry demand to reduce the import duty. With the interim budget a fortnight away, expectations are growing of an import duty cut in the budget followed by a policy for the yellow metal.

Industry is placing its case for a duty cut on crude price to be within an acceptable range in 2019-20 and the economy to grow at a faster rate .

The government had raised the import duty three times in 2013 to 10 per cent to curb imports, narrow a record CAD and stop a slump in the rupee. The Gem & Jewellery Export Promotion Council has demanded duty reduction to help double the gold jewellery exports

Data showed gold imports to decline 14.5 per cent in 2018 to 759 tonnes from 876 tonnes the previous year. Demand has been muted because of weak monsoon in many areas, floods in some key consumption regions such as Kerala in August, expectation of regulatory reforms and high prices.

The 10 per cent import duty on gold was imposed in 2013 when CAD was under severe stress. Ballooning imports of the yellow metal had pushed up CAD to 4.8 per cent of GDP in 2012-13 .

Trade data showed imports to have fallen by 4.48 per cent to $22.1 billion during April-November in the current fiscal compared with the corresponding period last fiscal. The data showed that in December alone gold imports declined 24.33 per cent to $2.56 billion against $3.39 billion in the same month of 2017.

Similarly, the softening of the crude prices has given rise to expectation that CAD would be close to 2.3 per cent of GDP in the current fiscal.

“The benefit of lower crude oil prices will accrue October 18 onwards, which could potentially push CAD-GDP ratio lower towards 2 per cent in the second half of FY19 (2018-19)….we expect CAD-GDP ratio to correct to 2.3 per cent in FY19, down from our earlier estimate of 2.9 per cent,” Yes Bank said in a research report.