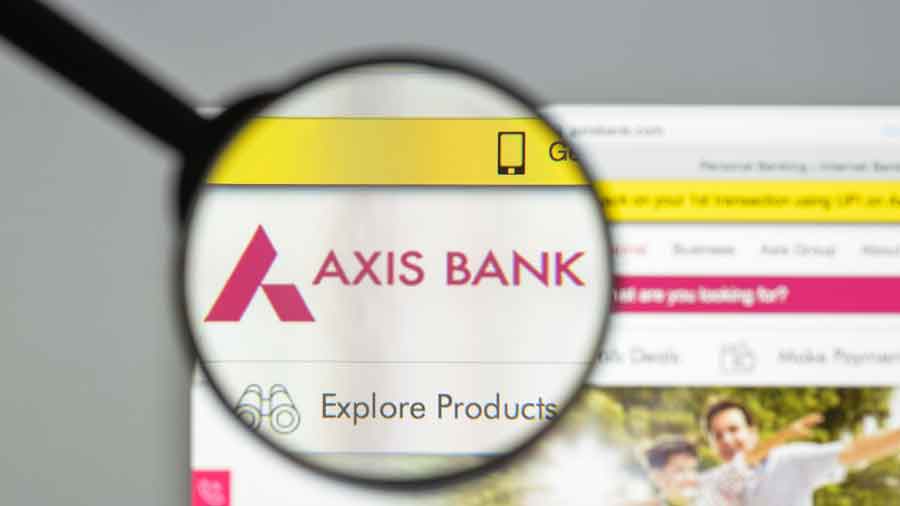 A report by a television channel said that the demand for the offering was three times its size and that 80 per cent of this came from global long-only funds
Shutterstock
Our Special Correspondent   |   Mumbai   |   Published 06.08.20, 01:26 AM

Axis Bank on Wednesday received a strong response to its qualified institutional placement (QIP), sending its shares higher by 1.39 per cent. The bank had launched the Rs 10,000-crore QIP on Tuesday.

A report by a television channel  said that the demand for the offering was three times its size and that 80 per cent of this came from global long-only funds. The bank’s spokesperson was not available for comments.

News of the good response saw the Axis Bank stock rising  over 4 per cent to an intra-day high of Rs 446.70 on the BSE. However, the counter gave up some of these gains to close at Rs 434.85.

The good response to Axis Bank’s offer came on a day HDFC announced a fund raising plan of Rs 23,000 crore. Banks and corporate houses have been tapping qualified institutional buyers to take advantage of abundant liquidity in the system with central banks globally being in an accommodative mode amid the Covid-19 crisis.

A stronger capital base will further strengthen the bank’s ability to deal with unanticipated contingencies or market disruptions which may arise due to COVID-19 pandemic. As macro-economic growth improves from current levels, to support the growth aspirations of the Bank, and to meet increasing regulatory requirements, it is important that the Bank remains well-capitalized’’, Axis Bank had said in its notice to shareholders on the rationale behind the fund raise.

Axis Bank had recently reported 19 per cent decline in standalone net profit at Rs 1,112 crore for June quarter of the current financial year.

The third largest private sector bank posted a net profit of Rs 1,370 crore for the same period of the previous fiscal. The lender posted a strong 20 per cent growth in its core net interest income during the first quarter of this fiscal.

However, the asset quality showed improvement with gross non-performing assets (NPAs) declining at 4.72 per cent of gross advances as on June 30, 2020, from 5.25 per cent as at June-end last year. Net NPAs also fell to 1.23 per cent from 2.04 per cent a year ago.