Cost of living crisis has been repeatedly raised at works council meetings as being a heavy burden for many employees: Union secretary 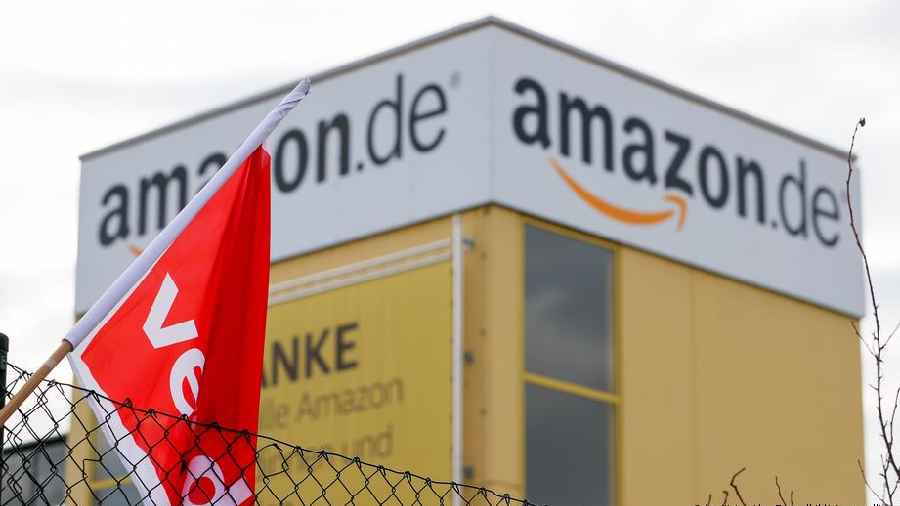 Workers at an Amazon fulfillment center in central Germany began a strike Friday to pressure the American e-commerce giant to improve wages, as inflation in Europe's largest economy continues to bite.

The walkout has been organized by members of Verdi, one of Germany's biggest trade unions, at the Bad Hersfeld site, near the city of Kassel.

The union said the strike would continue until Saturday.

Verdi has been trying for years without success to get Amazon to sign up to the collective labor agreement for the mail-order and retail trade and to agree on a so-called house wage tariff.

However, the retailer has resisted calls and instead applies its own remuneration system.

The union said Amazon is due to hike pay later this month as part of the firm's own "wage determination process."

In May, Verdi called workers from seven Amazon sites in Germany to strike.

Inflation a 'heavy burden' for workers

Union secretary Mechthild Middeke said the cost of living crisis has been repeatedly raised at works council meetings as being "a heavy burden for many employees."

"If Amazon makes Prime membership 28% more expensive and justifies this with rising costs, then we have these rising costs too and want compensation for it," she added.

Amazon has said all logistics workers in Germany receive at least €12 ($12.36) per hour, plus overtime. Last year, the firm announced a pay hike to at least €12.50 gross by the fall of this year.

After 12 and 24 months of service, the salary increases automatically, a spokesman for the tech giant said.

Like much of the rest of the world, Germans are facing soaring food, fuel and energy costs as a result of post-pandemic supply chain issues and Russia's invasion of Ukraine.

In July, inflation in Germany was at 7.5%, a slight fall from the previous month, thanks in part to a €9 public transport ticket offer and fuel price relief, both of which expire at the end of this month.

Some economists think further price rises will be felt from September onwards and could reach 10% by winter as much higher energy costs really bite.

Some politicians have warned that the country may face social unrest over the cost of living crisis.

Amazon has two fulfillment centers at Bad Hersfeld. The first is the oldest in Germany, which opened in 1999 and measures 42,000 square meters (452,000 square feet) or seven soccer fields.

Germany is Amazon's second-biggest market after the US.