Food Corporation of India to expand storage capacity in the east

The silos will be set up at six locations in Bengal — Malda, Murshidabad, Balurghat, Dankuni, Durgapur and Alipurduar — and will be ready in two years 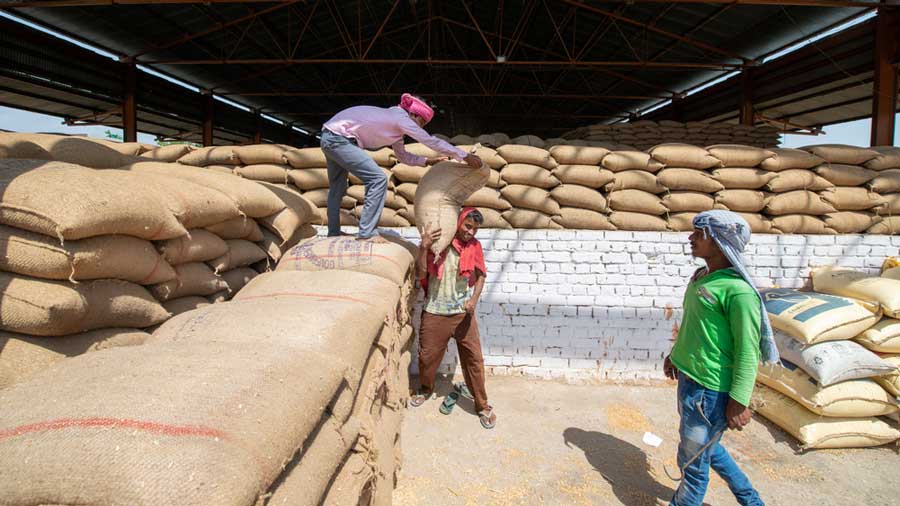 The Food Corporation of India has received approvals to expand its storage capacity in the east by another 3 lakh metric tonnes (LMT) to 12LMT, FCI eastern region officials said on Monday.

The silos will be set up at six locations in Bengal — Malda, Murshidabad, Balurghat, Dankuni, Durgapur and Alipurduar — and will be ready in two years. The FCI at present has 32 warehouses in the state that can stock up to four months of foodgrains. The new facilities will also meet the needs of neighbouring states such as Bihar, Jharkhand, Odisha and Sikkim.

“We are moving from warehousing towards bulk handling and silos. This approved capacity is expected in another two years. The projects will be implemented in a public-private partnership mode,” said S.K. Swain, general manager (Bengal), FCI. Another 8.25LMT capacity has been identified and sent for the approval of the central office and the government.

Ajit K. Sinha, executive director (east), FCI, said lifting of foodgrains under the fourth phase of the poor relief scheme has started in Bihar, Odisha, Bengal and is expected to commence soon in Jharkhand and Sikkim.

He added that despite the challenges of the Covid pandemic, after effects of cyclones, floods and landslides, the FCI has been able to keep its foodgrain supply momentum.

Around 6.01 crore beneficiaries are covered under the National Food Security Act in Bengal and FCI is the major supplier of wheat to these beneficiaries. During the pandemic, the state has procured its allocated quantity of 6 LMT under the third phase of Pradhan Mantri Garib Kalyan Yojana offering subsidised foodgrains.

This includes both wheat as well as rice. A total of 20.62 LMT of foodgrains was distributed in the states under the eastern zone office during the third phase between May and June 2021.

FCI officials also said that the Bengal government has been requested by the centre to encourage migrant NFSA beneficiaries to use the facility of portability under the One Nation One Ration Card plan.