The niche bank has laid out ambitious expansion plans for Bengal, Odisha and the Northeast 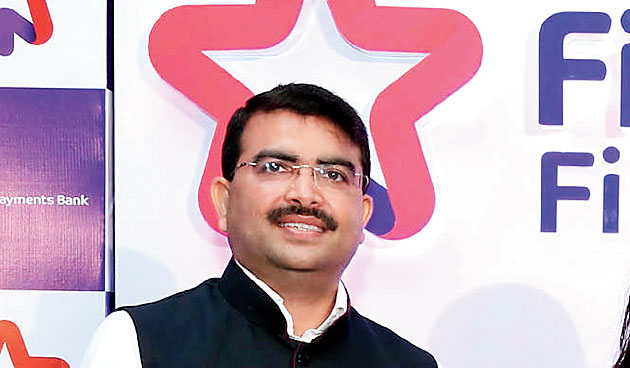 Fino Payments Bank is set to break the jinx associated with niche banks with the entity on course to post profits at the operating level in the second half of the current fiscal.

This comes at a time the “unviable” business model is being blamed for various players exiting the segment.

The niche bank, which started operations in 2017, has also laid out ambitious expansion plans for Bengal, Odisha and the Northeast.

Fino Payments Ltd is also keen to convert itself into a small finance bank (SFB) though it will wait for the final guidelines from the Reserve Bank of India (RBI) to finalise its plans.

In 2015, Fino received the licence to start a payments bank on the basis of its experience in financial inclusion. The bank had started out as a payments technology company in 2006.

“We are very clear on how we want to build the bank. Lot of thinking has gone into critical things such as which customer segment should one focus on. We have also been concentrating on rural areas,” Rishi Gupta, MD and CEO of Fino Payments Bank, told The Telegraph.

Gupta disclosed that the number of transactions at the payments bank has risen to Rs 10,000 crore in a month from Rs 1,500 crore when it had started operations. While domestic remittances account for almost 45 per cent of these transactions, others such as micro ATM and Aadhaar-enabled payments system (AePS) withdrawals have been growing at a rapid pace, particularly in rural areas where ATM penetration is low.