Finance Minister flags anonymity as 'inherent risk' in use of blockchain

DLT is a beautiful technology which will help in democratisation but we need to guard ourselves, says Sitharaman 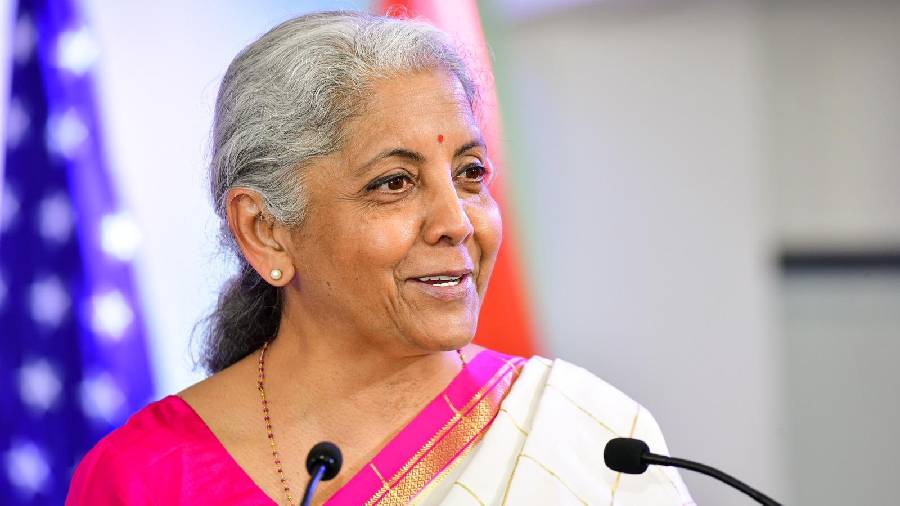 Finance Minister Nirmala Sitharaman on Saturday flagged anonymity as an "inherent risk" in blockchain technology and called for taking precaution in future with a rise in the use of this technology.

The finance minister made it clear that using the distributed ledger technology (DLT), which is also called as blockchain, is absolutely imperative and the government also supports the use of the same.

The minister's remarks come ahead of the launch of the budgetary announcement of central bank digital currency (CBDC) which is based on the blockchain technology itself and is billed as being similar to the paper currency carried in our wallets.

The anonymity is what ... one unknown element in this whole thing. The anonymity of the person or whoever or the robot is the one which we have to be absolutely readying ourselves as a future challenge, Sitharaman said, addressing an NSDL event here.

Sitharaman said the DLT is a beautiful technology which will help in democratisation but flagged anonymity as an inherent risk which we need to guard ourselves from.

Terming anonymity as a powerful imponderable in the whole equation, Sitharaman said, "unless we are able to guard ourselves against that anonymous element which can itself pose an inherent risk, we probably will be exposing ourselves much more than ever we would have imagined."

Sitharaman commended capital markets regulator Sebi chief Madhabi Puri Buch, who spoke before her at the same event, for rightly warning us about the risk of anonymity, and also for advocating DLTs.

Buch said we do not wish to have anonymity in the CBDC, which is supposed to be introduced during the fiscal by banking regulator RBI.

As per the central bank, considerable progress has been made regarding the introduction of the CBDC.

Buch said strengths of DLTs include transparency, real time, infinite divisibility and it being a cost effective medium.

Sitharaman said the retail investment journey has transformed in the last two or three years, with new demat account opening zooming to 26 lakh per month in FY22 from 12 lakh in FY21 and just 4 lakh a month in FY20.

She said the retail investors act as shock absorbers as the foreign portfolio investors have come in and gone as per the global cues.

Pointing out to the total USD 4 trillion in custody value held by NSDL, Sitharaman said the buoyancy in retail account opening is a prime reason for the high asset value.