Farmers vow to fight for MSP on all crops

At present, MSP is fixed for 23 farm commodities based on the recommendations of the Commission for Agricultural Costs & Prices 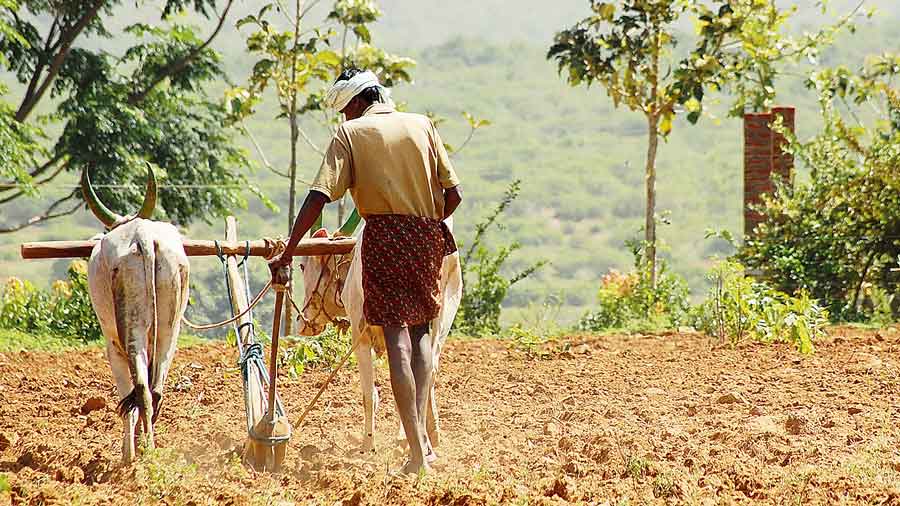 The farmers have decided to ratchet up pressure on the Narendra Modi-government by vowing to continue the fight for a guaranteed minimum price support (MSP) for all agricultural produce.

The sudden decision by Prime Minister Modi to back down on the three farm laws, which is being read as the first sign of the BJP’s vulnerability ahead of crucial Assembly elections in Uttar Pradesh and Punjab, has emboldened the farmers to push for acceptance of their other big demand: a statutory guarantee on remunerative prices for crops.

Farm leaders said Modi's statement fell short of their demand for a legally-backed MSP for all crops.

Rakesh Tikait, who has been spearheading the agitation in western Uttar Pradesh, said the agitation would not be withdrawn until the law on MSP was enacted.

“(We) will fight and we will win; make a guarantee law on MSP,” he said in a tweet.

"We will wait for the day when the agricultural laws are repealed in Parliament. The government should talk about MSP as well as other farm-related issues,” Tikait added.

At present, MSP is fixed for 23 farm commodities based on the recommendations of the Commission for Agricultural Costs & Prices (CACP).

Back to the mandis

The volte face on farm law reforms means that the hegemony of the mandis will now be restored with all the imperfections that currently exist, which is likely to spark another clamour for amendments in the law governing the Agricultural Produce Marketing Committee (APMC) system under which these markets operate.

“There are pitfalls in the existing mandi system which needs to be addressed and they have been highlighted by several committees. We need a legally-protected minimum support price for farm produce, which would provide income support measures for the farmers.

“Whether the produce is sold through the APMC mandis or otherwise, the MSP would provide the real boost to the sector,” agriculture expert Devinder Sharma told The Telegraph.

Sharma added: “We have about 7,000 APMC-regulated mandis. What we need in this country is 42,000 mandis within a 5-km radius. That is the kind of infrastructure we have to create so that farmers can sell their produce easily.  If you have a good network of mandis laid out, then the mechanism of MSP delivery becomes easy.”

Under the APMC Act, the states can establish these agricultural markets, popularly known as mandis. The sale of agricultural commodities can occur only in the mandis through auction.

The sales process is regulated through commission agents (CAs) who mediate between the farmers and traders.

The farmers have in the past raised their voice against the mandi system because of lower price realisation, exploitation by CAs, lack of transparency in the trading process, collusion among traders, price cartelisation, delay in payments and low quality of mandi infrastructure.

Some agriculture experts said Modi’s reversal was unfortunate because the reforms would have brought new technology and investment. “It’s a blow to India’s agriculture,” said Sandip Das, a New Delhi-based researcher and agricultural policy analyst.