Jain was diagnosed with the dreaded disease in 2017 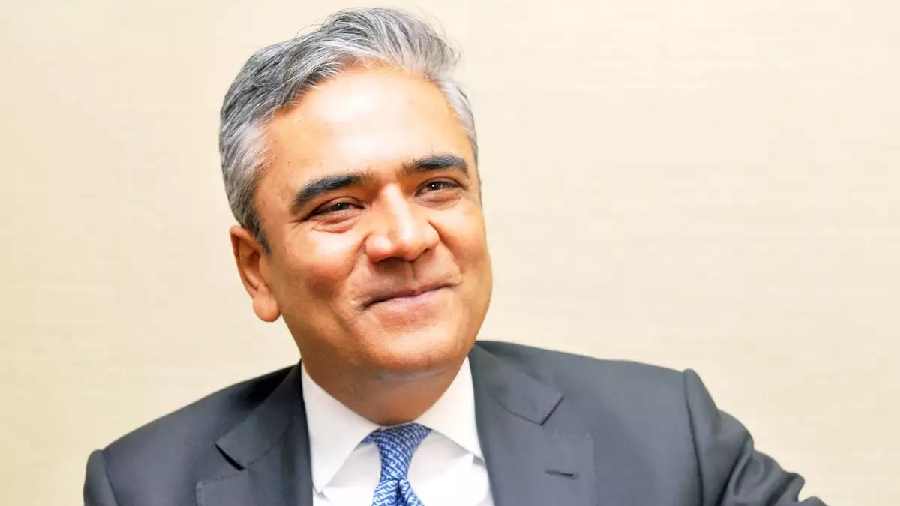 Deutsche Bank said in a statement Saturday that it mourns the death of its former Co-CEO Anshu Jain, who passed away in the early hours of Saturday at the age of 59 after a long, serious illness.

Jain was diagnosed with duodenal cancer in 2017.

"We are deeply saddened that our beloved husband, son, and father, Anshu Jain, passed away overnight," his family said in a statement, according to a report in Fortune.

Duodenal cancer is a mass of irregular, fast-growing cells in the first portion of the small intestine.

The family said Jain outlived his initial diagnosis by four years through a combination of exhaustive personal research, tactical skill, amazing caregivers, and sheer force of will.

There are few reliable statistics for life expectancy for stomach cancer in the third, fourth, and fifth years because so few people survive these milestones. To his last day, Anshu stood by his lifelong determination to not be a statistic'," the family said, according to the Fortune report.

He was among the growing number of Indian-origin executives assuming leadership roles at global corporations when he became the Co-CEO of Deutsche Bank in 2012, having first joined in 1995 to build the bank's nascent markets business.

Jain started his career at Wall Street, working at financial major Merrill Lynch. Deutsche said that Jain played a crucial role in the development of the bank and was instrumental in building the company's global capital markets business.

He was appointed to Deutsche Bank's Management Board in 2009 and was responsible for the Corporate and Investment Bank division from 2010. From 2012 to 2015, he was Co-CEO.

Deutsche Bank CEO Christian Sewing said "anyone who worked with Anshu experienced a passionate leader of intellectual brilliance. His energy and loyalty to the bank left a great impression on many of us. Our thoughts and sympathies go out to his wife, his children and his mother. We will honour his memory."

Chairman of the Supervisory Board of Deutsche Bank Alexander Wynaendts paid tribute to Jain's achievements, saying he played a key role in expanding Deutsche Bank's position in its global business with companies and institutional investors.

Today, this is of strategic importance not just for Deutsche Bank, but for Europe as a financial centre," Wynaendts said.

The bank said that Jain's contribution to Deutsche Bank and the industry was recognised with numerous awards worldwide.

The TERI Technical University in New Delhi awarded him an honorary doctorate and the London Business School made him an Honorary Fellow.

In 2010 and 2012, he received the Lifetime Achievement Award from Risk magazine, in 2012 he was named Global Indian of the Year by the Economic Times of India, and in 2014 he was honoured by the Jewish Museum of New York.

Describing himself as an "Indian with a British passport who works for a German bank", Jain had said at the Jewish Museum's annual high-profile gala in 2014 that he had learnt a lot from New York's Jewish community when he first arrived in the city after completing business school at the University of Massachusetts Amherst.

Besides his contributions to the bank, he supported animal welfare projects in his native India and in South Africa.

After departing Deutsche Bank, Jain had joined leading global financial services firm Cantor Fitzgerald in 2017 and served as its President.

Cantor Fitzgerald CEO Howard Lutnick said that Jain was the consummate professional who brought a wealth of experience and wisdom to his role as President. He will be remembered as an extraordinary leader, partner, and dear friend who will be greatly missed by all of us and by all who knew him.

The organisation said that among many other accomplishments throughout the entire group of companies, Jain was instrumental in building and cultivating Cantor Fitzgerald's advisory and sales and trading businesses and played a fundamental role in directing the investment bank's Executive Committee.

Cantor noted that Jain was widely recognised for building Deutsche Bank's markets business and for helping transform it into a global universal bank with a leading investment banking franchise. Prior to that, he held various roles at Merrill Lynch and Kidder, Peabody & Co.

He served on the International Advisory Panel of the Monetary Authority of Singapore and, as an ardent conservationist, worked with global environmental and wildlife conservation groups.

Akasa Air chief passes away at 62