The surge will peak by September, a report by the economic research wing of State Bank of India (SBI) has said 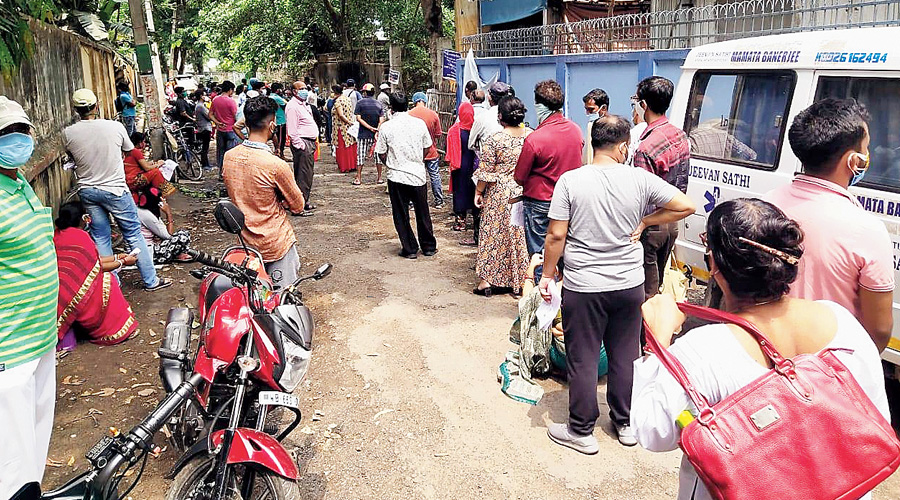 India may see the third wave of the Covid-19 pandemic from the second fortnight of August and cases would peak by September, a report by the economic research wing of State Bank of India (SBI) has said.

“India has achieved its second wave peak on May 7 and going by the current data, India may experience cases around 10,000 somewhere around the second week of July. However, based on historical trends the cases can start rising by the second fortnight of August with peak cases at least a month later,’’ the special report — Covid-19: The race to finishing line —said.

According to the report, global experience shows that countries with high per capita GDP have been associated with higher Covid-19 deaths per million, while low per capita countries had lower death rates. High income countries suffered more during the pandemic.

It pointed out that the pace of vaccination picked up in the country recently after the Centre changed the vaccination strategy. India is now receiving more than 40 lakh vaccination doses per day as shown by the seven day moving average.

“The cases are now hovering around 45,000 from the past seven days. In the first wave as well, the cases declined gradually, with cases above 45,000 for around 21 days before any meaningful decline in daily cases. Certain States like Rajasthan, Delhi, Himachal Pradesh, Kerala and Uttarakhand have already given vaccine double dose to larger percentage of population above 60 years. Total vaccine doses as percentage of population above 60 years is more than 100 per cent for these states, implying double dose to many’’, the report said.