Scheduled flights may be allowed on selected routes by competent authority on a case-to-case basis: DGCA 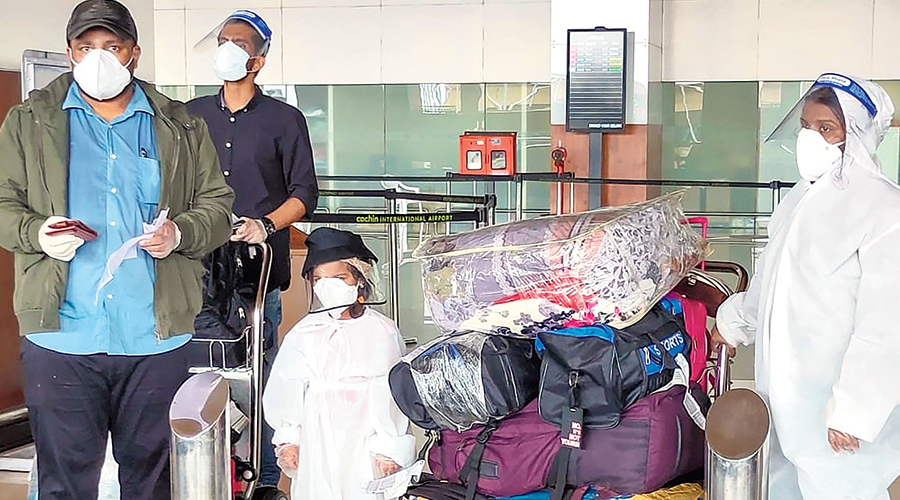 Aviation regulator DGCA on Friday said it was extending the suspension of scheduled international passenger flights in the country till July 31 though some services on selected routes may be permitted on a case-to-case basis.

Scheduled international passenger flights were suspended in India on March 23 because of the coronavirus pandemic.

Modifying its June 26 circular that stated that scheduled international passenger flights will remain suspended till July 15, 2020, the regulator stated on Friday that it has decided to extend the deadline to July 31, 2020.

However, international scheduled flights may be allowed on selected routes by the competent authority on a case-to-case basis, said the circular by the directorate general of civil aviation (DGCA).

While flights are not operating internationally for more than three months now, Air India and other private domestic airlines did operate during the lockdown and made some international trips.

The permissions were given under the Vande Bharat Mission that the central government started on May 6 to bring thousands of Indians stranded in other countries. Over 4.75 lakh Indians have returned since the initiative was launched, the ministry of external affairs said on Thursday.

On May 25, India gave permission to resume scheduled domestic passenger flights after a suspension of two months. Since then, domestic flights have been operating in India with complete social distancing norms.

The government had allowed airlines to operate a maximum 33 per cent of their pre-Covid flights. The limit was increased  on June 26 from 33 per cent to 45 per cent.

The Vande Bharat Mission has entered its fourth phase from Thursday.

Under the fourth phase of the mission, Air India will send 114 flights to 17 countries across the world. These countries are Canada, the US, the UK, Kenya, Sri Lanka, the Philippines, Kyrgyzstan, Saudi Arabia, Bangladesh, Thailand, South Africa, Russia, Australia, Myanmar, Japan, Ukraine and Vietnam.