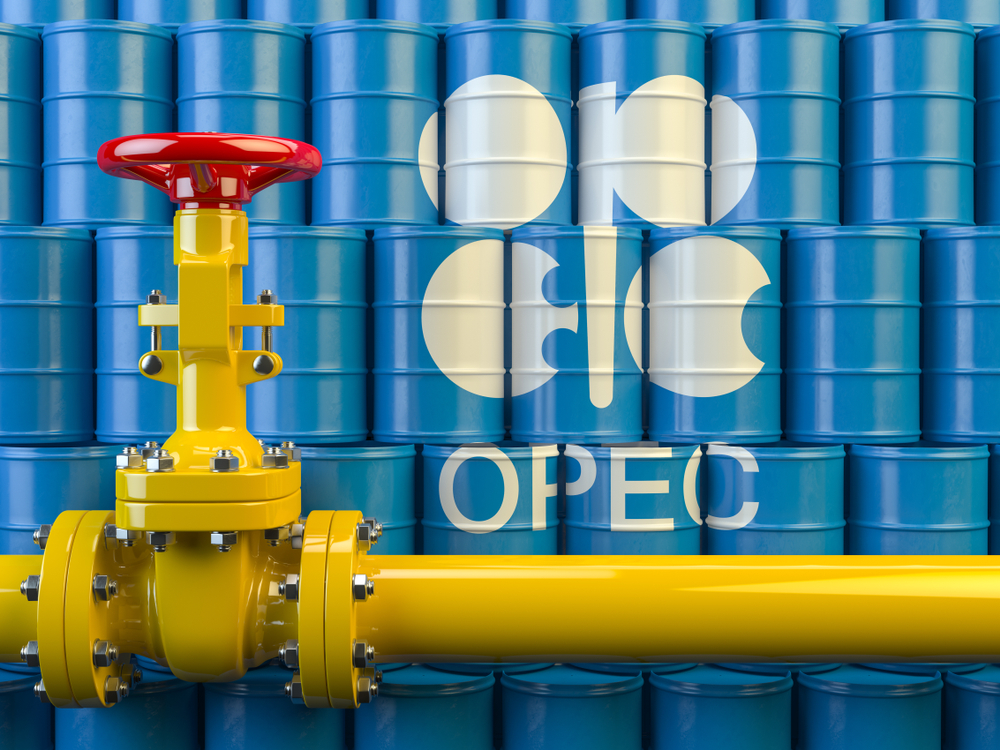 The group, known as Opec+, also demanded countries such as Nigeria and Iraq, which exceeded production quotas in May and June, compensate with extra cuts in July to September.
Shutterstock
Reuters   |   Moscow   |   Published 07.06.20, 08:48 PM

Opec, Russia and allies agreed on Saturday to extend record oil production cuts till the end of July, prolonging a deal that has helped crude prices double in the past two months by withdrawing almost 10 per cent of global supplies from the market.

The group, known as Opec+, also demanded countries such as Nigeria and Iraq, which exceeded production quotas in May and June, compensate with extra cuts in July to September.

Opec+ had initially agreed in April that it would cut supply by 9.7 million barrels per day (bpd) during May-June to prop up prices that collapsed due to the coronavirus crisis. Those cuts were due to taper to 7.7 million bpd from July to December.

“Demand is returning as big oil-consuming economies emerge from the pandemic lockdown. But we are not out of the woods yet and challenges ahead remain,” Saudi energy minister Prince Abdulaziz bin Salman told the video conference of Opec+ ministers.

Benchmark Brent crude climbed to a three-month high on Friday above $42 a barrel, after diving below $20 in April. Prices still remain a third lower than at the end of 2019.

“Prices can be expected to be strong from Monday, keeping their $40 plus levels,” said Bjornar Tonhaugen from Rystad Energy.

Saudi Arabia, Opec’s de facto leader, and Russia have to perform a balancing act of pushing up oil prices to meet their budget needs while not driving them much above $50 a barrel to avoid encouraging a resurgence of rival US shale production.

It was not immediately clear whether Saudi Arabia, the United Arab Emirates and Kuwait would extend beyond June their additional, voluntary cuts of 1.18 million bpd, which are not part of the deal.

The April deal was agreed under pressure from US President Donald Trump, who wants to avoid US oil industry bankruptcies.

Trump, who previously threatened to pull US troops out of Saudi Arabia if Riyadh did not act, spoke to the Russian and Saudi leaders before Saturday’s talks, saying he was happy with the price recovery.

While oil prices have partially recovered, they are still well below the costs of most US shale producers. Shutdowns, layoffs and cost cutting continue across the United States.

“I applaud Opec-plus for reaching an important agreement, which comes at a pivotal time as oil demand continues to recover and economies reopen around the world,” US. energy secretary Dan Brouillette wrote on Twitter after the extension.

As global lockdowns ease, oil demand is expected to exceed supply sometime in July but Opec has yet to clear 1 billion barrels of excess oil inventories accumulated since March.

“The quicker stocks fall, the higher prices will get,” he said.

Nigeria’s petroleum ministry said Abuja backed the idea of compensating for its excessive output in May and June.

Iraq, with one of the worst compliance rates in May, agreed to extra cuts although it was not clear how Baghdad would reach agreement with oil majors on curbing Iraqi output.

Opec+’s joint ministerial monitoring committee, known as the JMMC, will meet monthly until December to review the market, compliance and recommend levels of cuts. JMMC’s next meeting is scheduled for June 18.