The states have been pressing the Centre for payment for the shortfall in tax collections under the regime, which is expected to balloon to Rs 3 lakh crore this year 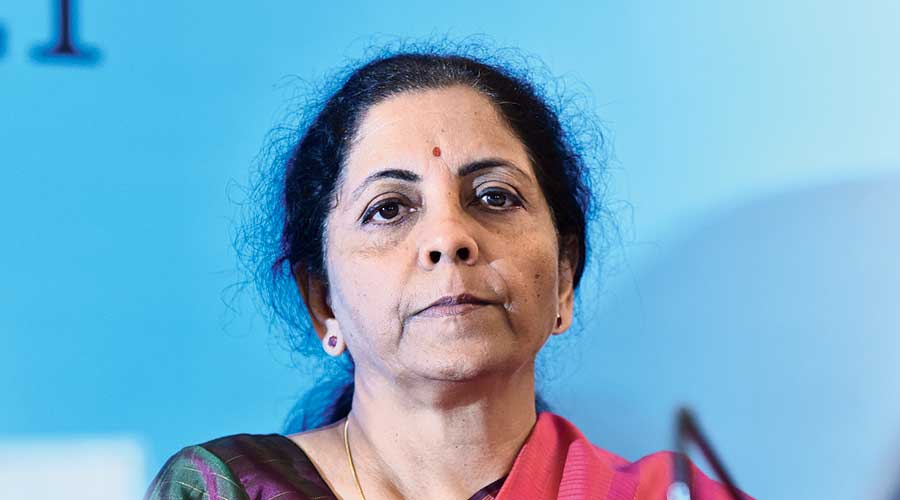 Consumers of luxury cars, cigarettes and colas will have to bear the cost of the GST mess.

That is the message that went out on Saturday after the Centre came out with a detailed note explaining the two disagreeable options that were foisted on the states at Thursday’s GST Council meeting without prior discussion.

The states have been pressing the Centre for payment for the shortfall in tax collections under the goods and services tax (GST) regime, which is expected to balloon to Rs 3 lakh crore this year.

This shortfall ought to have been covered by the cess on demerit goods that runs till June 2022. The promise of compensation was the clinching factor that had driven the consensus on GST, which the Narendra Modi government is now trying to wriggle out of.

“The only practical way forward is... by borrowing and then repaying the borrowing by extension of the cess beyond the fifth year.”

The government expects to collect only Rs 65,000 crore under the compensation cess this year, which leaves a huge uncovered sum of Rs 2.35 lakh crore.

The Centre, which carved this sum into two components, one of Rs 97,000 crore that it attributed to the “implementation of GST” and the other of Rs 1.38 lakh crore that it ascribed to pandemic-related factors, has refused to borrow on its books to meet these claims.

It has argued that the Rs 1.38-lakh-crore component does not qualify for the compensation protection mechanism under the GST regime since it has arisen because of an unanticipated “exogenous” factor.

Instead, it has given the states two options: borrow Rs 97,000 crore from a special window to be created by the Reserve Bank of India or borrow the entire uncovered sum of Rs 2.35 lakh crore.

The government has given the states seven days to decide which option they would prefer while the states have indicated their opposition to what they see as a preposterous idea.

The government said it would schedule a secretary-level meeting on Tuesday (September 1) where they could seek clarifications on the government’s proposal.

The Centre has tried to sweeten its offer by saying that it would endeavour to keep the cost of borrowing at — or close to — the yield on the government security of relevant maturity. If this cost is higher, it has promised to pay a subsidy to bear the cost of the margin between the government security (G-Sec) and the state development loan yields to the extent of 0.5 per cent.

The Centre said the borrowing under the special window will not be treated as a debt of the state under any norms that may be prescribed by the Finance Commission, which is currently preparing a report on the new formula that will govern Centre-state fund devolution from April 1 next year till the end of March 2026. The final report is to be submitted on October 30.

The note said the interest on the borrowing under the special window would be paid out of the cess proceeds as and when it arises until the end of the transition period, which is June 2022.

“After the transition period, the principal and the interest will also be paid from the proceeds of the cess,” the note said.

The problem will arise for the states if they choose the second option and decide to borrow the entire shortfall of Rs 2.35 lakh crore.

The note said the entire amount would have to be raised as market debt and only the principal sum would be paid out of the proceeds of the cess. The states will have to pay the interest out of their own proceeds.

But even in this case, the cess will be extended beyond June 2022 — which means the consumers will bear the burden.

“The first charge on the future cess would be the principal repayment. The remaining arrears of compensation accrued during the transition period would be paid after the principal is paid,” the note said.

The note marks a significant variance from what finance minister Nirmala Sitharaman had told reporters after the GST Council meeting.

While talking about the second option, she had said: “We shall facilitate a discussion with the RBI and get the loan at a G-sec linked rate for all states so that each state doesn’t have to face different situations.”

She had assured all the states that they would be able to secure the loans at roughly the same interest rate, which now looks decidedly dicey.

The Centre came up with a long-winded justification of why it would not borrow from the RBI and then pass on the proceeds to the states.

“The question arises of who should borrow,” the note said. “The notion of borrowing by the GST Council is not practically or legally feasible or desirable. This leaves the options of central or state borrowing.”

The note said that the Centre had a “very large borrowing requirement this year” and any additional borrowing on account of the GST compensation payment would “influence the yields on the government securities” and have other macro-economic repercussions.

In May, the Centre suddenly jacked up its gross borrowing for this year by 53 per cent to Rs 12 lakh crore from a budgeted Rs 7.8 lakh crore in order to meet the costs of an economic stimulus response to the pandemic.

This down drift in G-Sec yields has largely been possible because of the shift in the RBI’s monetary stance to an accommodative policy, leading to a surplus liquidity in the financial system rather than to any policy initiative by the Modi government.

“The yield on G-Secs acts as a benchmark for state borrowing as well as private-sector borrowing. Hence any rise in central borrowing costs ipso facto drives up borrowing costs for all borrowers, including not only the states but also the entire private sector,” the note said.

“On the other hand, the yields on state government securities do not directly influence other yields and do not have the same type of macroeconomic repercussions. Hence, it is in the collective interest of (the) Centre and (the) states, and in the interest of the nation and of all economic entities including the private sector, not to do any avoidable borrowing at the central level when it could be done at the state level.”

Care Ratings said in a research note: “So far in the current fiscal year, 26 states and one Union Territory have cumulatively raised Rs.2.70 lakh crore via market borrowings, which is a 53 per cent increase from the borrowings in the corresponding period of 2019-20 (Rs 1.76 lakh crore from April 9-Aug 27, 2019). As per the proposed market borrowings calendar, the state government borrowings in the first half of 2020-21 at Rs 3.45 lakh crore are likely to be 53 per cent more than that in the corresponding period of 2019-20.”

The yield on the 10-year state development loans (SDLs) has risen 24 basis points so far in August, to a range of 6.66-6.68 per cent. Yields on the three-year SDLs have jumped 35 basis points to 5.09 per cent this month. This is expected to go up further if the states pick the second option.

In the past two weeks, the benchmark 10-year government bond yield had hardened to a six-month high of 6.22 per cent from 5.8 per cent but cooled to a 6.10-6.15 per cent level after the RBI on Monday announced two open market operations (OMOs).

If the yield on the state loans rise — as they probably will — the subsidy of 0.5 per cent that is being offered will not be enough to cover the full amount, raising the interest payment burden for the states.