Centre to study GST ruling prior to court call 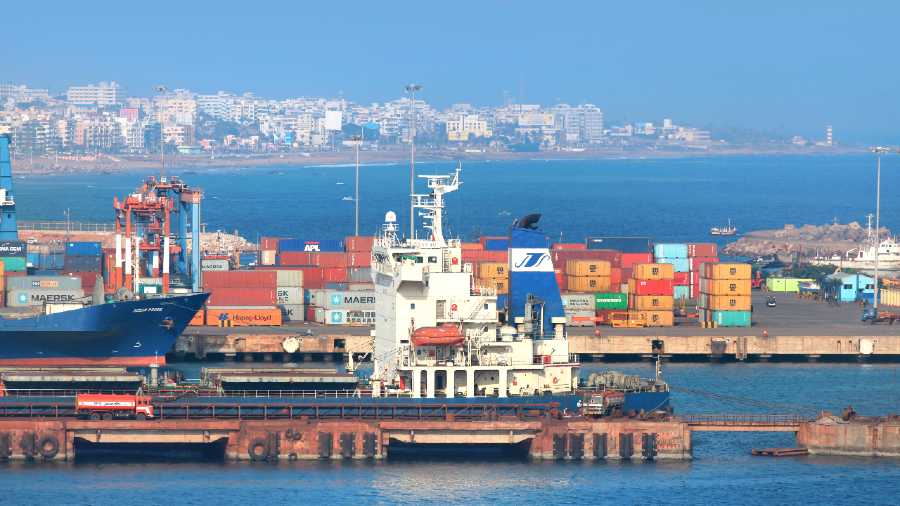 The Centre will examine the Supreme Court order on the limited powers of the GST Council before taking any decision to appeal against the judgment — even as the finance ministry insisted the verdict was only a reiteration of the existing law.

“We will have to study the order to understand its larger implication. However, any appeal would have to be on the IGST (integrated GST)  aspect as the court has specifically dealt with it,” a senior finance ministry official said.

A bench led by Justice D.Y. Chandrachud on Thursday ruled the GST on ocean freight paid in case of import of goods is unconstitutional. Importers who had paid such a tax will be eligible to refund.

The order also made observations on the GST Council and its powers. The bench held that the central government and the states have simultaneous powers to legislate on the Goods and Service Tax (GST). The recommendations of the council are not binding on the Centre and the States and that the council as a body holds persuasive values.

Athena Law associates partner Pawan Arora said the GST Council is a constitutional body for recommendations in framing GST laws by the Centre and states. It is required to bring the lawmakers of our federal government structure on the same platform, otherwise every state would start to make laws according to their own policies.”

Charanya Lakshimkumaran, partner, Lakshimkumaran and Sridharan Attorneys, said the industry has much to rejoice on the IGST ruling as a long standing dispute has attained clarity.

“It is also imperative for trade to evaluate the positions to be adopted in respect of the GST already remitted on ocean freight and explore the possibility to claim refunds. Assessees could take a stand to not remit GST on ocean freight. Only time will tell if this decision could trigger amendments to render the levy constitutional,” he said.

“The industry can now evaluate the filing of refund claims of IGST. This decision offers the prospect of expediting pending litigation . Observations on the GST Council’s recommendations further reiterate that the council’s decisions are not binding but only recommendatory in nature,” PWC analysts said in a report.

“Importers ought to evaluate the possibility of recouping such amounts via refund claims to the extent not utilized as input credit – such a refund claim may also necessitate reversing the corresponding input tax credit availed but hitherto unutilised. The above refund option will be pertinent especially for those cost, insurance, and freight importers who are outside the GST credit chain such as oil and gas players, power generation companies and alcohol companies,” Khaitan and Co said.