Centre plans to come out with a new foreign trade policy

In their discussions, exporters and industry chambers are expected to pitch for measures such as the extension of the RoDTEP scheme to more sectors 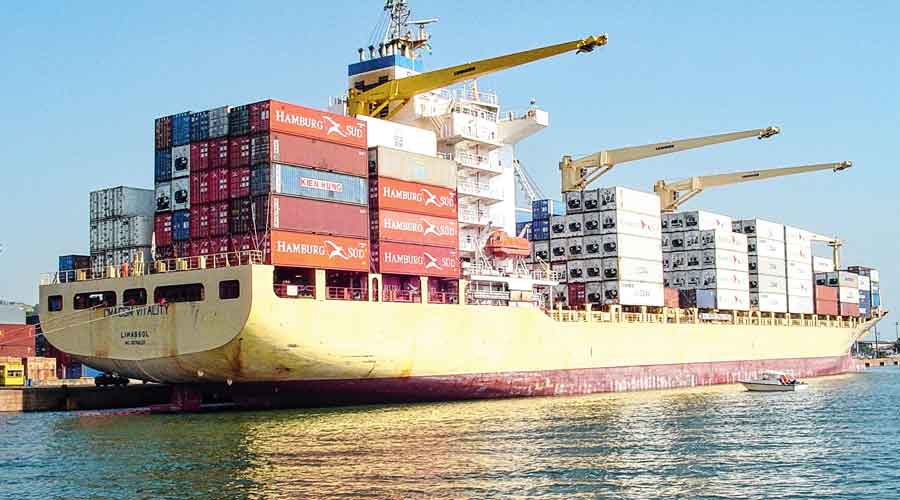 The government plans to come out with a new five-year foreign trade policy from  April and will hold discussions with stakeholders in the coming weeks.

Commerce ministry sources said they do not expect the policy to provide any major fiscal sops to the exporters.

The policy may review the subsidy to scheme exporters, the sources said.

In their discussions, exporters and industry chambers are expected to pitch for measures such as the extension of the RoDTEP (Remissions of Duties and Taxes on Exported Products) scheme to more sectors and a review of the rates.

“The RoDTEP rates need to be extended to all sectors and also need to be adequately aligned to the taxes and additional costs that are present in the manufacturing ecosystem,” industry chamber CII said.

Industry is expected to pitch for extending the benefits to petroleum products, inorganic chemicals, pharmaceuticals and iron & steel.
It will also ask the government to reconsider the rates of some of the existing products.

FIEO president A.S. Sakthivel said “the need of the hour is to announce extension of the interest equalisation scheme and extend RoDTEP to EOUs and SEZ and expand usages of RoDTEP and RoSCTL scrips.”

The pandemic forced the government to periodically extend the existing trade policy, which lapsed on March 31,2020, till the end of March this year.

The government has provided Rs 2621.5 crore in the budget for Interest Equalisation Scheme.  "It is a continuing scheme and a review of the rates is on and there is a proposal to lower the incentive rates,” the sources said.

The scheme is a key support programme for medium, small and micro exporters. Exporters of 416 identified products are also eligible for the benefit.

The government has earmarked Rs 21,340 crore for tax remission schemes for exporters such as RoDTEP and RoSCTL in the budget for FY23. This has substantially reduced the scope for any new big programme, apart from the one for services exporters, analysts said.

Commerce Minister Piyush Goyal wants exporters not to take any subsidies. He had said sustainable growth can be possible if exporters improved their competitiveness.

Officials said FTP would also take into consideration the free trade agreements that the country is undertaking with several nations including UAE, GCC, Australia, Israel, the UK and the EU among others.