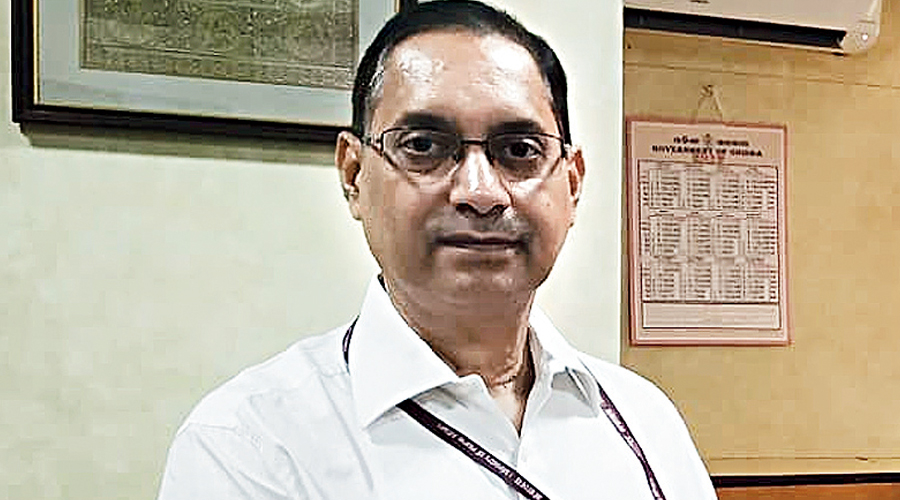 The Modi government is banking on the initial public offer of the Life Insurance Corporation and the strategic sales of Bharat Petroleum Corporation Limited and Air India to meet its ambitious disinvestment target of Rs 1.75 lakh crore for the next fiscal.

“It is quite an ambitious target, but a realistic target and we believe it is achievable. Last year’s situation due to the Covid-19 pandemic cannot be compared with this year as the environment now is quite different and things are much better,” disinvestment secretary Tuhin Kanta Pandey told The Telegraph.

“The divestment target includes the LIC initial public offer (IPO) which would be a fairly large transaction, though the size we do not know,” he said.

“We are not planning to continue with the ETF strategy and other market transactions will depend on investors’ interest. The offer-for-sale (OFS) would also be limited and we will try not to repeat offerings in the same stock.”

However, at this moment, “our whole focus is on the privatisation policy,” which is a directional shift, seen as a big structural reform after 1991.

Under the budget’s strategic-sectors policy, the government will put on the block a large number of central public sector enterprises (CPSEs) — including giants such as Bharat Heavy Electricals and Steel Authority of India, boosting the Centre’s non-debt receipts.

Pandey said the LIC issue would hit the market “in the second half of next fiscal”. While the valuation of the insurer will be known closer to the listing, it is believed to be worth Rs 8-11.5 lakh crore, meaning a 10 per cent IPO could fetch the government Rs 80,000-1,10,000 crore.

On the strategic sale of BPCL and Air India, the disinvestment secretary said he expected the transaction to be completed in the first quarter of 2021-22.

Without getting into the names of the bidders for the PSUs, Pandey said “multiple bids have come and the due diligence process is on”.

“Parallely, we have engaged our own financial partner, what we call as transactional adviser and asset valuers, who will also value the company independently. This is not known to the bidders.”

“Once financial bidding takes place and is locked, then based on our transaction adviser opinion, we will fix a reserve value. Then, when the bids are opened, we will say you match the reserve value and the government will decide,” Pandey said. The Vedanta group has confirmed its bid for BPCL, while US funds Apollo Global and I Squared Capital have reportedly also shown interest.

Asked about the lock-in period as concerns have been raised that the institutional investors may be tempted to flip the acquisition for gain at a later date, Pandey said: “In the share purchase agreement, there will be clauses in terms of business continuity, asset stripping, employee protection and so on. Also, there is a $10-billion entry barrier for these bidders.”

On the Air India strategic sale, Pandey said, “We were hoping to complete it by March, (but) due diligence process is on… we hope to complete it in the first quarter of the next fiscal. Multiple bids have come.”

On the asset monetisation talked about in the budget, he said: “The government would adopt a different strategy for core and non-core assets. On the non-core side, we could have an SPV where certain kinds of capacity can be built in a faster and methodical way… not everything is auction and sale. It could be a development model, revenue share or concession model.”

“I think the sports ministry is already working on how those stadiums can be renovated, maintained and operated upon the PPP arrangements also so that you don’t have to put your money. On the contrary, you might get some revenue share… there are different models that would be looked into,” Pandey said.