Data collected by govt agencies show that these ports handled 347 MT of traffic in April-Sep 2021 compared with 348.2 MT recorded during the same period of 2019 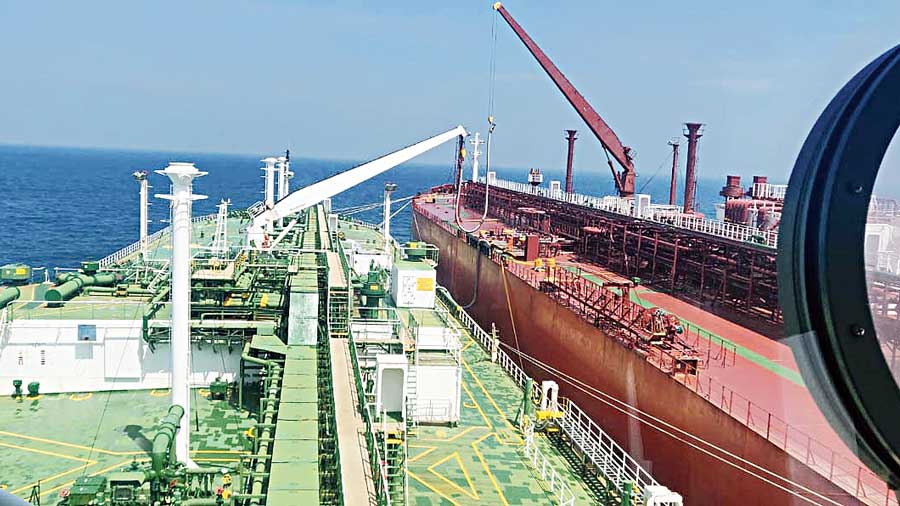 Cargo handled by all government-owned major ports of India in the first half of this fiscal has nearly reached the level seen before the onset of the Covid-19 pandemic, signalling that the external trade of the nation is slowly limping back to normal.

While some of the 12 ports handled more cargo during April-September of 2021 than in the corresponding period of 2019, others have yet to pick up steam, notably Shyama Prasad Mookerjee Port (SMP), Calcutta (the erstwhile Calcutta Port Trust) which operates the twin dock system at Haldia and Calcutta.

Data collected by government agencies show that these ports handled 347 million tonnes (MT) of traffic in April-September 2021 compared with 348.2 MT recorded during the same period of 2019, a marginal decline of 0.17 per cent. (See chart)

In the first half of 2020, cargo movement was badly hampered by the severe restrictions that had been clamped in the wake of the first wave of the pandemic. However, in the current fiscal, traffic was  much higher despite a lethal second wave.

The loss of a major customer, subdued trading activity in coal and disruption in the container business meant that Calcutta port fared the worst among major ports if only the first half of 2021 is considered.

Top officials at CPT, however, exuded confidence that the twin dock system would be able to close the gap in the second half and attain levels seen in 2019.

“We always do better in the second half because we can take advantage of the fair weather in winter when large ships come calling at Sandheads for lighterage operations. In fact, it has already started and we just handled on the high seas an LPG tanker that carried a higher parcel load (Details below),” said Vinit Kumar, chairman, SMP Kolkata.

Tamilnadu’s power utility Tangedco used Haldia port to procure coal from Eastern Coalfields Ltd till 2019-20. Not anymore. It now procures coal from Mahanadi Coalfield Ltd of Odisha using ports in that state, leading to a loss of over 2 MT in cargo volume for SMP.

Haldia port also saw a dip in coal movement. While the end-users like steel plants bring coal directly for their requirement, coal traders also actively use the port for stock and sell purpose. As coal prices zoomed from April this year in the international market, traders have become less active.

While Haldia was hamstrung by coal, Calcutta suffered on account of the disruption in container movement. The port depends on Colombo and Singapore as the transhipment hub for container movement. Due to Covid, there were substantial delays in port operations there and the resultant backlash was felt in Calcutta.

Shipping rates have gone through the roof and it has become a problem in securing containers.

Calcutta port chairman Vinit Kumar believes the port should be able to attain volumes seen in 2019-20 through greater high sea operations as was seen this weekend.

The port authority, in partnership with importer Bharat Petroleum Corporation Ltd (BPCL), transferred LPG from a large ship (mother vessel) to a smaller ship (daughter vessel) and brought it together at Haldia.

Earlier, daughter vessels were either sent to Male (capital of Maldives) or the mother vessel used to discharge cargo to some other ports before coming to Haldia. The two-port operation was required since ships could not bring more than a parcel load of more than 25,000 tonnes up the river due to low draft. However, such operations are not cost efficient.

“There has been a steady growth of LPG movement at Haldia due to demand from the hinterland. While we have been doing such transhipment for bulk cargo (coal), this is the first time that an operation for liquid cargo was carried out. We hope more customers will now come forward and an ecosystem can then be created,” Kumar explained. Such cost effective operations can be carried out at least 6-8 months of the year.