The port managed to log in a 7.3% rise in revenue, backed by higher port charges, land revenue and new cargo and cost control measures 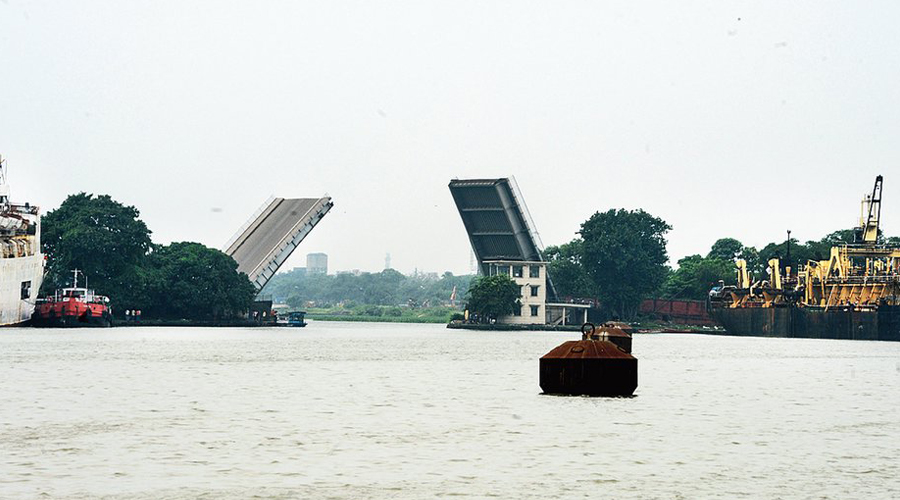 Calcutta Port Trust (CPT) has recorded its highest ever net surplus in at least a decade in 2020-21, a year initially blighted by the unprecedented disruptions caused by the pandemic.

Despite cargo traffic volume coming down 4.14 per cent, the port managed to log in a 7.3 per cent rise in revenue and a 26 per cent hike in surplus, backed by higher port charges, land revenue and new cargo and cost control measures.

The iron and steel industry, which dots the hinterland of CPT — now called Syama Prasad Mookerjee Port, Calcutta — contributed most

to the good tidings at the port, especially in the second half of the last fiscal. Import of cooking gas also brought in better business, while the movements of container and thermal coal were down.

“We managed to keep our costs under check, despite providing for additional expenses to combat Covid-19, taking care of the workforce and keeping the operation going. The port also did well operationally and had it not been for the lack of thermal coal traffic, we would have ended the year with cargo growth,” Vinit Kumar, chairman of SMP, Calcutta explained.

SMP, Calcutta handled 61.33mt cargo, down from 63.98mt in the previous year, standing at fifth place in terms of cargo movement.

Mormugao in Goa and Paradip in Odisha were the only two major ports to post a rise in volume, while Deendayal (formerly Kandla) in Gujarat arrested the decline better than Calcutta.

The port, split broadly between Haldia and a relatively smaller operation at Calcutta, earned Rs 2,622 crore in revenue and Rs 104 crore in net surplus compared with Rs 2,443 crore revenue and Rs 82-crore surplus in 2019-20.

The buoyancy in the iron and steel sector lifted the port out of sloth from September onwards. The import of coking coal — a key raw material for blast furnace operation in the steel mills — went up significantly as demand came back.

Export of iron ore also bounced back after a few years, keeping the berths busy. The port also exported over a million tonne of steel as the industry opted for overseas markets to beat the slackness in local demand.

During the winter, the port handled seven capesize vessels, the highest so far, at sandheads which are located at the high sea, for lighterage operations. Taking advantage of the 50 metre of natural draft, ships could carry 160,000 tonnes of coal, which were unloaded to smaller vessels and brought up the river Hooghly to Haldia and Calcutta.

The Haldia operation also benefited from the increase in LPG penetration in the eastern and northeastern states. The port handled about 5mt  cargo, making it a major import hub for cooking gas in India.

However, the fall in thermal coal movement was a dampener for the port. Tamil Nadu, which procures coal from Eastern Coalfields Ltd to generate electricity, hardly moved any cargo via Haldia as demand slacked due to the Covid-19 led slowdown, costing close to 3.5mt cargo to the port. The state has resumed operation from April this year.

Container movement, which underlines high-value movement of cargo, were down, leading to a sharper fall in Calcutta Dock System near the city.

A combination of cost control and revenue boost shored up the port’s finances, which follows the accounting practise of trusts. The port management cut down overtime expenses by 30 per cent, squeezing the wage bill. Simultaneously, it earned higher revenue from land banks, apart from generation escalation in port related charges. Steel exports were more remunerative for the port too.

The port also reined in two major expenses — pension obligation to 30,000 employees and dredging costs to keep the navigational channel usable. After moving all pensioners under the age of 75 to LIC’s annuity scheme, the port’s annual pension obligation has fallen to Rs 80 crore from Rs 200 crore a few years back. The dredging cost also stood at about Rs 300 crore in the last fiscal, three-fourth of which was borne by the Centre.