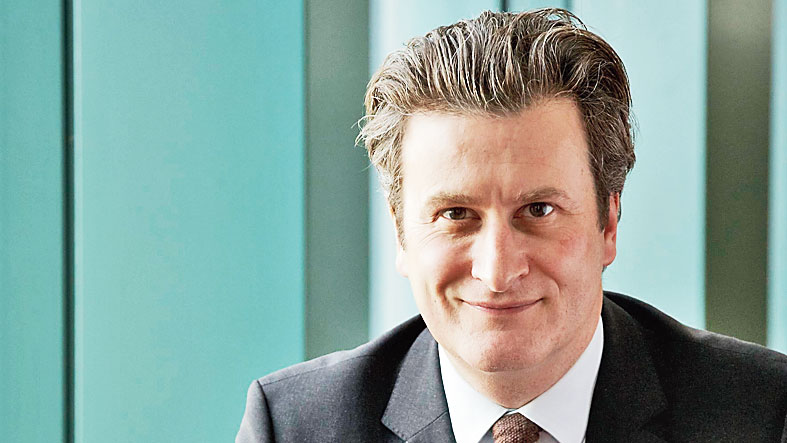 Cairn Energy on Tuesday said it has accepted the Modi government’s offer to refund the company Rs 7,900 crore (or $ 1.06 billion) to settle the retrospective tax dispute but did not categorically say whether it was prepared to drop its suits against the government in courts abroad before securing its refund.

Cairn Energy CEO Simon Thomson said the Edinburgh-based oil explorer was prepared to end the litigation against the Government of India — a precondition that the Modi regime has insisted on before a final resolution of the tax dispute.

“We are prepared to do this quickly as part of the final resolution process. We can do this in a very short period of time... perhaps in a couple of days,” Thomson said but chose not to amplify on what sort of a mechanism Cairn Energy was prepared to accept to secure the Modi government's assurances of a prompt payout.

The Modi government had said it would refund the tax “provided the litigant withdraws, or furnishes an undertaking to withdraw, cases and claims filed with courts and arbitration tribunals in the country and abroad”.

Thomson said Cairn’s shareholders are in agreement with accepting the offer and moving on.

“Some of our core shareholders like BlackRock and Franklin Templeton agree (to this). Our view is supported by our core shareholders (that) on balance it is better to accept and move on and be pragmatic. Rather than continue with something negative for all parties which could last for many years,” he said.

In its half-yearly report, Cairn said : “The Group is considering entering into statutory undertakings with the government of India in respect of new legislation, which would enable the refund of retrospective taxes collected from Cairn in India by way of asset seizures since 2014.”

“The final form of these statutory undertakings has yet to be published by the government of India, but it is anticipated that the principal condition that they prescribe will be the withdrawal of Cairn’s rights under the international arbitration award. As the Group has not yet entered into any such undertakings, Cairn’s receivable under the award of the international arbitration remained classified as a contingent asset at the  June 30 balance sheet date,” the  report said.

Addressing investors, the Cairn CEO said it will return up to $700 million out of the $1.06 billion it is supposed to get from the Indian government, to “shareholders via special dividend and buyback”.

“Payment of the tax refund would enable a proposed return to shareholders of up to $700 million, via a special dividend of $500 million and a share buyback programme of up to $200 million. The remainder of the proceeds would be allocated to further expansion of the low-cost, sustainable production base,” it said.

Thomson said Cairn has had a “good, open and transparent line of communications with the government of India” on finding a resolution to the retro tax issue. “Our aim was to get to a resolution... something which would be acceptable to our shareholders.”

“We were pleased when the government of India made what we thought was a pretty bold move, in terms of enactment of the legislation,” he said. “The intention of the government, we are obviously aligned with it, is to get this resolved as quickly as possible. Hopefully, that means within the next few weeks. It is good not only for us and our shareholders but also importantly for India.”

The draft rules for the Taxation Laws (Amendment) Act, 2021, which would end the retrospective tax disputes with Cairn Energy and Vodafone Plc, commits to refund the principal sum within a 30-day time period after compliance of all formalities.

The companies concerned have to give an “irrevocable” undertaking to withdraw all legal cases against the government as well as undertake not to pursue any in future.

The Parliament during the Monsoon session passed the Taxation Laws (Amendment) Bill, 2021 seeking to nullify controversial retrospective tax provision introduced in 2012 during the UPA government. The move is aimed at ending tax disputes with Vodafone, Cairn Energy and over a dozen other companies besides facilitating fresh foreign investment.

Subsequent to the amendment in Income Tax Act in 2012 applying the provision retrospectively, income-tax demand had been raised in 17 cases.

In two cases assessments are pending due to stay granted by the High Court.

Out of the 17 cases, arbitration under the Bilateral Investment Protection Treaty with the United Kingdom and Netherlands had been invoked in four cases. In two cases, the Arbitration Tribunal ruled in favour of the taxpayer and against the Income Tax Department.

Finance Secretary T V Somanathan said a total of Rs 8,100 crore was collected using the retrospective tax legislation. Of this, Rs 7,900 crore was from Cairn Energy alone. This money will be repaid. As much as Rs 1.10 lakh crore in back taxes was sought from 17 entities that were levied taxes using the 2012 legislation. Of these, major recoveries were made only from Cairn.