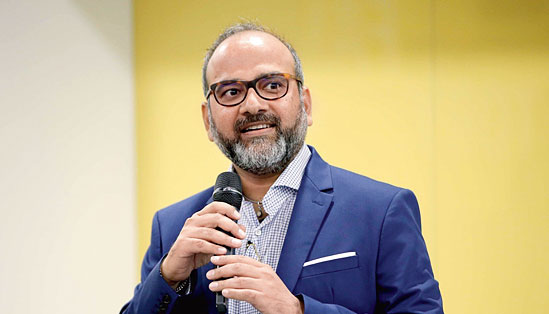 BMW India, which has a new president in former Royal Enfield chief Rudratej Singh, is devising a new strategy to regain the top position in the premium car market.

In an email interview, Singh said: “Our group strategy number provides us with the mandate to define the vision for BMW, MINI and BMW Motorrad in India. The future strategy for India includes new directions, methodologies and prioritisation to become the most desirable premium automotive brand. How we gear up for the next 10 years will define our future. That is what BMW Group India is focusing on.”

The German brand, which recently launched the seventh-generation “3” series with a price tag of Rs 41.4 lakh to Rs 47.9 lakh (ex-showroom), plans to create new segments and increase the overall market size.

“At the top of our goals is to introduce new products/segments and increase the overall market size. We strongly believe that leading the growth of the segment is more important than anything else, even more important than just being a volume leader,” said Singh.

Since entering India in 2007, BMW India has sold more than 70,000 cars. However, luxury cars still form only 1-2 per cent of the total passenger vehicle segment in India.

“There is tremendous headroom for growth. The Indian luxury market is still at a nascent stage but has immense potential in a country with a population of over a billion. Along with the metropolitan centres, there is a growth potential among the young achievers, predominantly from Tier 2 and Tier 3 cities,” said Singh.

On the 3 Series, Singh said, “It has been here for four decades. It is our most successful model and the top-selling premium automobile worldwide. In India too, it is a crucial model as every third BMW we sell is a BMW 3 Series.”