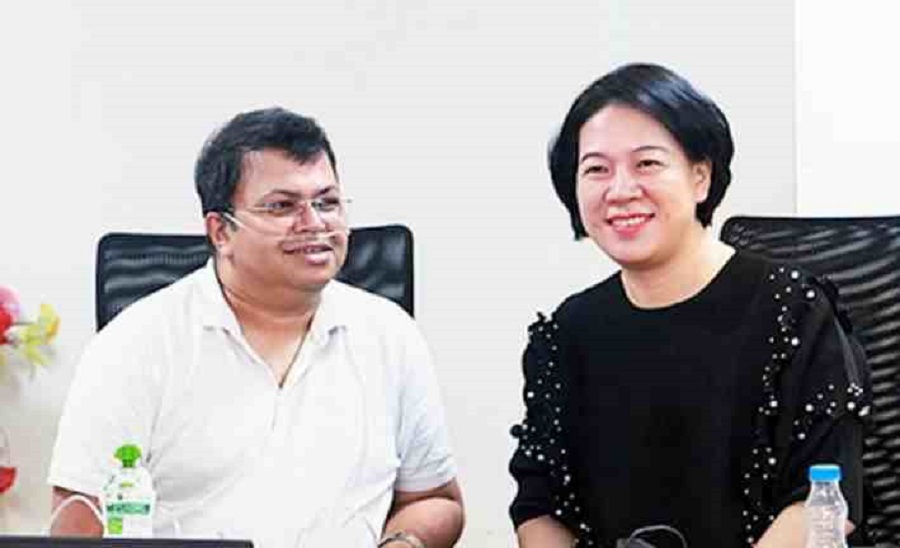 A Bengal-based startup — Solaire — founded in 2019 by scientist couple Soumyajit Roy and Pei Liang — has found a novel way to make pure oxygen out of water, through a portable device. The company, which was incubated by a joint initiative of Webel and the Bengal Chamber of Commerce and Industry, is expected to go commercial soon and Webel could offer manufacturing and marketing support.

Called ‘‘Om Redox, Your Oxygen Box’’, the device runs on both battery and electricity and can make oxygen which is 3.5 times purer than one normally sourced through a concentrator. With oxygen availability having emerged as a major concern in the Covid pandemic, Roy said that the device, which is cheaper than concentrators, could emerge as an alternative. “The device could find its use in healthcare, mining, hotels and restaurants, wellness centres and even as a lifestyle product.

“We are exploring opportunities for technology transfer and licensing,” said Roy, who is currently a professor at the Indian Institute of Science Education and Research, Calcutta. “There is a good amount of work which is being done in academics and science in Bengal,” said Roy, who had graduated in Chemistry from St Xavier’s College, Calcutta followed by MSc from IIT, Delhi and doctorate from the University of Bielefeld, Germany. Pei Liang had finished her MBBS at Huazhong University of Science and Technology, China and gained PhD in neurosicence at the University of Bielefeld, Germany.

The startup was incubated with the Webel-BCC&I Tech Incubation Centre in February 2022. WebelMD  Sunitra Hazra said that the state’s nodal agency for developing IT infrastructure will consider offering support for manufacturing and marketing. “We are positive about the technology and impressed by it,” she said. Around 18 startups are currently being mentored at the incubation centre, which is supported by Bandhan Konnagar, a CSR implementing organisation for the Bandhan Bank.