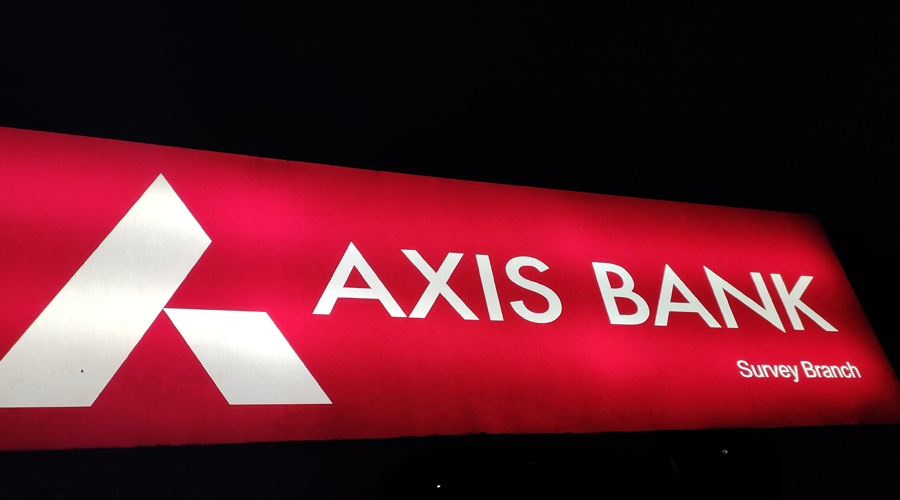 Axis Bank on Thursday reported a 54 per cent rise in standalone net profit at Rs 4,117.77 crore for the quarter ended March 31, 2022 against analyst estimates of Rs 3,800 crore crore during the period. The bank reported Rs 2,677.06 crore net profit a year ago.

It was also aided by a strong 17 per cent growth in core net interest income — which is interest earned minus interest paid — to Rs 8,819 crore.

Asset quality improved during the period, with the percentage of gross non-performing assets (NPAs) declining to 2.82 per cent from 3.17 per cent on a sequential basis. Gross NPAs in absolute terms fell to Rs 21,822.32 crore from Rs 23,301.19 crore in the preceding three months.

Gross slippages declined to Rs 3,981 crore during the quarter against Rs 4,147 crore in the October-December 2021 period. Recoveries and upgrades from NPAs were

Advances showed a rise of 15 per cent over the previous year and 6 per cent against the preceding three months to Rs 7,07,696 crore.

Retail loans grew 21 per cent from a year ago to Rs 3.99 lakh crore, accounting for 57 per cent of its net advances. The share of secured retail loans was around 80 per cent, with home loans comprising 36 per cent of the retail book.

Unsecured personal loans and credit card advances grew 15 per cent and 19 per cent, respectively, over the previous year while the SME loan book showed a rise of 26 per cent over the same period a year ago to Rs 77,067 crore.

The bank issued 1.1 million credit cards in the quarter, which is the highest ever in three months, taking the new card additions to 2.7 million for the year.

“We have made steady progress across all dimensions... Considerable work has gone into strengthening our core, building granularity while at the same time ensuring that we are well positioned to grow and leverage the opportunities opening up, hopefully with the pandemic behind us,” Amitabh Chaudhry, MD and CEO, Axis Bank.

“The Citi deal is one of its kind, and should pivot us into a premium franchise in line with our strategic objectives,” he added.

With smart products, services, partnerships and talent on our side, we look forward to further building on our performance,” Chaudhry said.

Bank of Maharashtra on Thursday said its net profit for the March quarter more than doubled to Rs 355 crore from Rs 165 crore a year ago on improved loan sales and asset quality leading to lower provisioning and better cost-to-income ratio.

For the full year to March, the Pune-based lender saw its net profit rising two-fold to Rs 1,152 crore against Rs 550 crore in FY21.

Chief executive and managing director A S Rajeev attributed the robust numbers to the overall improved sentiment and the rising credit demand.

Advances rose 25.62 per cent to Rs 1,35,240 crore for the year and the better business environment led to improved repayments bringing down gross NPAs to 3.94 per cent and net NPAs to 0.97 per cent.

The bank saw a massive improvement in overall asset quality with fresh slippages at Rs 728 crore matching the recoveries at the same amount in the year.