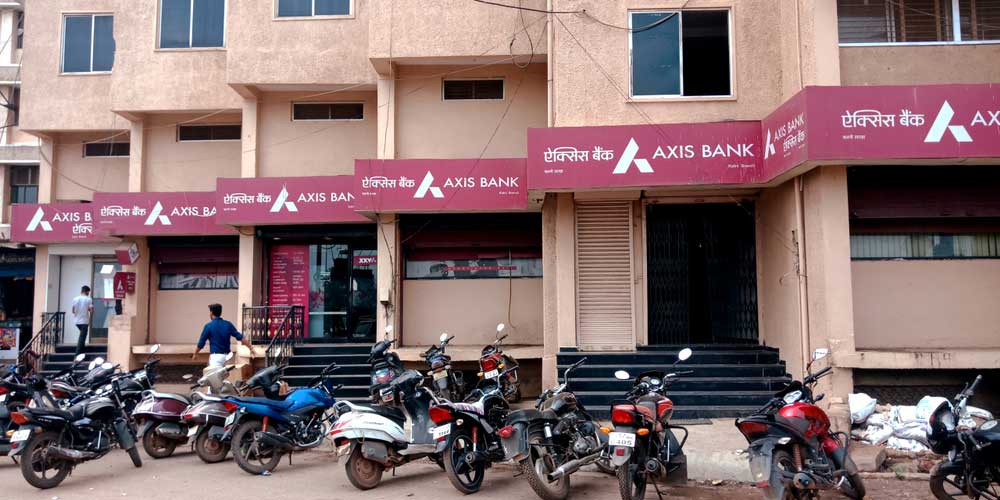 Shares of Axis Bank on Wednesday zoomed over 14 per cent on reports of fund infusion by private equity firm Carlyle.

Similarly, on the NSE, shares of the private sector lender finished higher by 14.23 per cent to settle at Rs 389.90. Axis Bank was the top gainer among both the Sensex and Nifty stocks.

These gains in the counter came after reports that Carlyle, the US private equity firm, may infuse $1 billion to own up to 8 per cent of Axis Bank.

However, in a clarification to the bourses, a careful Axis Bank said,: “We would like to clarify that the news item is speculative and the bank has not taken any such decision in this regard...the bank shall keep the exchange duly informed as and when any decision is taken by it in this matter.'

In September 2019, Axis Bank had raised Rs 12,500 crore through a qualified institutional placement (QIP). Earlier in November 2017, the bank had raised over Rs 11,600 crore from various investors that included Bain Capital, Life Insurance Corporation and the Capital Group.

The buying seen in the Axis Bank counter soon spread to other banking stocks that included ICICI Bank, HDFC Bank, IndusInd Bank, Kotak Mahindra Bank and the SBI. These counters rose up to 8.97 per cent.

These gains came despite recent concerns that banks may face a surge in their bad loans during the current fiscal because of the lockdown.

The gain in banking stocks was also felt in the benchmark index as investor wealth surged Rs 2,01,549.38 crore.

Brokers said short-covering ahead of the expiry on Thursday amid firm global cues contributed to the higher finish. “News of easing of restrictions and the gradual re-opening of the economies across the world raised investors hopes of the economy getting back on track,” Ajit Mishra of Religare Broking said.