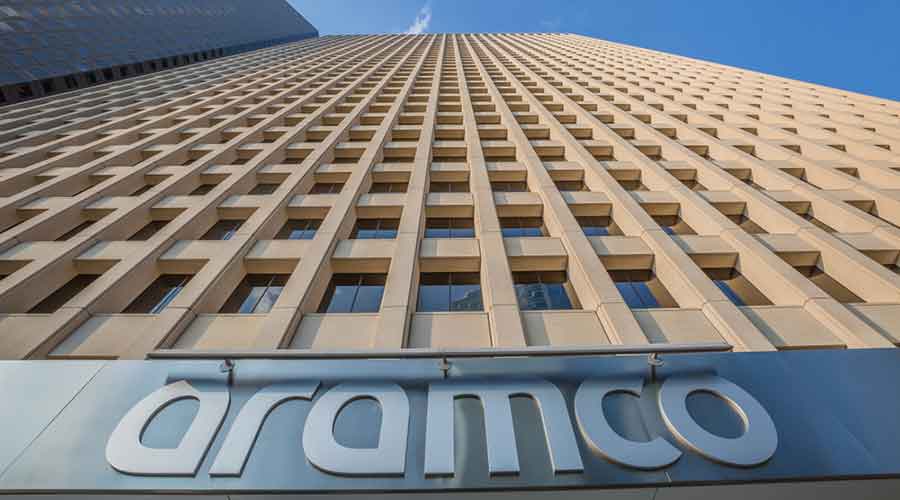 Reliance Industries is reportedly in talks with Aramco under which the Saudi oil behemoth could pick up a 20 per cent stake in the oil-to-chemicals business that the Mukesh Ambani-owned conglomerate plans to spin off later this year.

Aramco is believed to have offered to make the $15 billion investment through a mix of cash and its stock.

RIL could be offered a 1 per cent stake in the Saudi entity and the rest in staggered cash payments — a proposal that the Ambanis are apparently baulking at as this could delay debt reduction plans in the O2C business.

In its reorganisation plan for the oil-to-chemicals business that  was put out in February, RIL had provided for a long-dated loan of $25 billion “with repayment flexibility as an efficient mechanism to upstream cash to RIL from any strategic investment in O2C”.

Reports suggest that Aramco is offering its shares as part payment which will come with a lock-in, effectively nixing plans for early debt repayment to the parent.
Sources said the talks between the two sides were on but it was still too early to say whether an agreement would be reached on a cash-and-stock payment mechanism.
They said during negotiations a number of proposals are tossed around without confirming whether that the cash-and-stock option was on the table.

Rumours about a deal gained credence after the London-based Financial Times reported last week that the talks had revived in recent weeks. It said Aramco had offered to pay for the O2C stake with its shares initially and follow it up with cash payments over several years. The report, however, added that the proportion of shares versus cash was still up for debate and terms had yet to be finalised.

The report has renewed optimism that Mukesh Ambani may have some great news for RIL shareholders that could be announced during the annual general meeting in July, or even earlier if the two sides can hammer out the rough contours of the deal.

If it happens, it would be redolent of the deal-making flurry last year when RIL raised Rs 1.52 lakh crore by striking deals with a gaggle of investors including Facebook, Google and Abu Dhabi’s sovereign wealth funds — Abu Dhabi Investment Authority (ADIA) and Mubadala Investment Company — by offering strategic stakes in its Jio Platforms.

If everything goes right, there might be an encore this year —coincidentally at a time when the Indian economy is going through the second wave of the pandemic.
Last week, while announcing the results for the fourth quarter ended March 31, 2021, RIL did not provide any update on the Aramco transaction which the market was eagerly waiting to hear about.

Interest in the deal was re-ignited after Saudi Aramco announced in August last year that it was undertaking a due diligence exercise before picking up a stake in the oil-to-chemical (O2C) business.

This has been an on-again, off-again sort of deal that Mukesh Ambani first announced in 2019 that Aramco would pick up a 20 per cent in its O2C business for an enterprise value (EV) of $75 billion.

Since then, progress on the deal has been slow, blighted by the Covid crisis and Aramco’s failure to raise $100 billion in December 2019 from what was touted as the world’s biggest initial public offering(IPO).

Saudi Arabia’s Crown Prince Mohammed bin Salman recently hinted at talks to hawk a minority stake in the Saudi national oil company to an overseas investor.
Though he did not disclose any details, he only pointed out that it would be “very important in strengthening Aramco’s sales in the country where this company resides”, which sparked speculation that he was talking about RIL.

Interestingly, if Saudi Aramco offers a 1 per cent stake to RIL, the deal would be valued at well over $15 billion, which means that the sides are pencilling in a higher valuation for RIL’s 02C business than was determined two years ago.

This should also be seen in the light of the fact that brokerages are now quoting an enterprise value of $50-60 billion for this business, based on a sum-of-the-parts valuation.
The O2C business straddles five business verticals: fuels, polymers, elastomers, aromatics and fibre intermediates, and polyesters.

Analysts at Jefferies have said the benefits that RIL will derive from any deal with Aramco will depend on how it is structured.

“If a significant part of the proceeds are in Aramco stock with a lock-in, and the cash payments are staggered over a few years, debt reduction would be delayed and RIL would be exposed to the volatility in Aramco’s stock price. However, if the O2C business is valued higher than the $75 billion indicated earlier to compensate for the lack of liquidity of Aramco’s stock, the deal could be NPV (net present value) neutral, in our view. If the consideration is liquid, then it would benefit RIL in the following ways: some parts would go to reduce debt on the standalone entity, and some parts would go into funding the new O2C cracker,” they added.

“Our conversations with investors highlight current expectations of any O2C stake sale bringing in billions of dollars of cash into RIL, which it would either utilise for further reducing debt or for new business investments. If RIL were to accept an Aramco stake as consideration for an O2C stake sale, the implicit assumption would be that of oil prices surging from here over the next few years for any such structure to be value accretive,” analysts at JP Morgan said in a note.