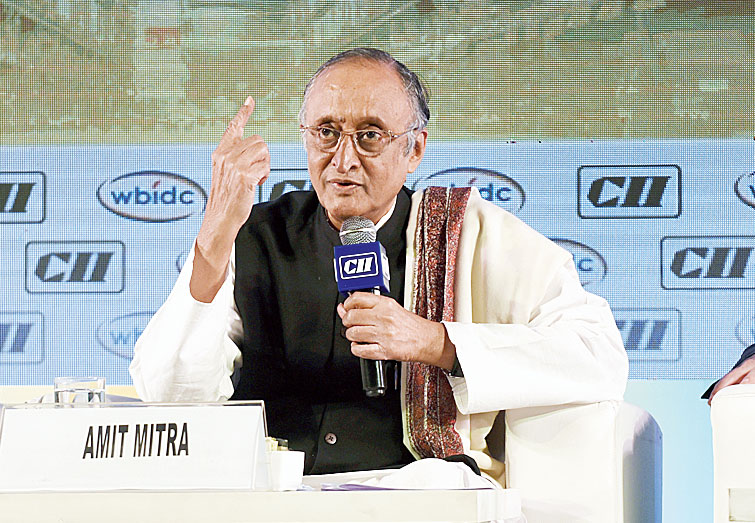 Mitra said the Bengal government is pushing for digitisation of land records and is looking to introduce electronic deeds soon as an option.
Picture by Sanat Kumar Sinha
A Staff Reporter   |   Calcutta   |   Published 07.12.19, 07:30 PM

Bengal finance and industries minister Amit Mitra on Saturday listed two points the information technology sector of the country could ponder on — big countries moving away from electronic voting and the hasty introduction of the Goods and Services Tax without an adequate technology backbone.

“If countries such as Germany, the UK, the Netherlands and Ireland have given up the (electronic voting) system, you from the IT sector must delve into the details as to why? Why the most advanced countries of the world have given up? It is an IT challenge. If they are giving up, is it safe for us?” Mitra said at the valedictory session of Infocom 2019, an ABP initiative. 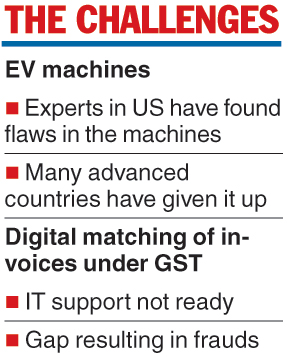 He cited the example of the state of California in the United States which reviewed the electronic voting machines in 2007 and security experts found “significant security flaws in all manufactured voting systems”.

The second point the minister raised was the inability of the country to still undertake invoice matching digitally under the Goods and Services Tax.

“Around 3,600 crore invoices were supposed to be uploaded every year and we are not ready with the IT system. Even today we are filling a short form for GST, which does not require invoice uplinking,” Mitra said.

He added that as a result of this deficiency, there are instances of fraud under the indirect tax regime even as the central government is unable to push tax collections.

“We are talking about not collecting enough money in GST. This is because we are not uplinking invoices and there is no invoice matching and all this is IT-related,” he said.

Mitra said the Bengal government was pushing for digitisation of land records and was looking to introduce electronic deeds soon as an option.

“All registration records since 2005 being digitised, we now want to move to the next stage. We want to move to e-deeds as an option first and then make it compulsory. Digital signatures of both parties will be accepted and deeds will be registered,” he said.

He also said that the state has been able to attract global players such as Fujisoft in emerging technology areas of 3D processing.