The group had approached the Karnataka bench of the AAR, seeking a ruling on whether services rendered by it to its holding company qualify as ‘export of service’ 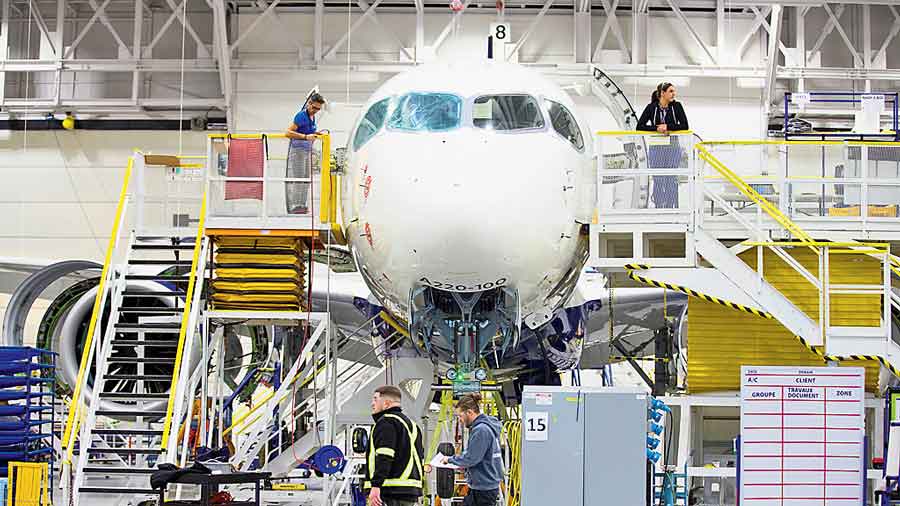 Airbus India’s technical advisory and procurement services for its Francebased holding company are ‘intermediary services’ and liable to 18  per cent GST, the Authority for Advance Ruling has said.

Airbus Group India had approached the Karnataka bench of the AAR, seeking a ruling on whether the services rendered by it to its holding company Airbus Invest SAS, France, would qualify as ‘export of service’ under GST law and hence be treated as a ‘zero rated supply’.

Airbus India was established as a regional entity for performing services that include procuring raw materials, assessing quality and risk evaluation, receiving a quotation from suppliers and sharing it with the holding company.

“The services rendered by the applicant do not qualify as export of services ... and consequently are eligible for GST at the rate of 18 per cent...,” the AAR said.

Rajat Mohan, senior partner, AMRG & Associates, said: “This ruling would significantly impact the margins of Airbus India, which is estimated to be cut short by 18 per cent of the overall service revenue.”

When Airbus was contacted on the ruling, they said “no comments”.

Abhishek Jain, tax partner, EY, said:  “The coverage of intermediary services which do not qualify as export and are liable to GST has typically been an area of dispute between the taxpayers and revenue authorities.

“Some taxpayers have also challenged the taxability of intermediary services in courts and a final judgment of the apex court would be keenly awaited by the industry.”

Tax expert Bimal Jain said: “Such AAR rulings are going against the concept of GST ... services provided by Airbus India (applicant) to its holding company  Airbus, France should have been export of services... the stated issue is a matter of concern while determining what is ‘intermediary services’ and its place of supply in terms of section 13(8) of the IGST Act, which is just copied from the Service tax regime w.e.f October 1, 2014.”The government should amend this place of supply provisions as location of recipient, on basic concept of GST, being destination based consumption tax to avoid unwanted litigation.”

He pointed out that the Maharashtra Authority for Advance Ruling had said overseas liaison offices should come under the GST net, which is contrary to the stand taken by its counterparts in Rajasthan, Tamil Nadu and Karnataka.

The case relates to the Dubai Chamber of Commerce and Industry which has set up an office, DCCI UAE, in Mumbai. The entity claims to be a nonprofit organisation promoting the interests of Dubai businesses.

Mohan said “historically IT companies are enjoying the benefit of refund of unclaimed service input against the export of these services. As per the advance ruling all these transactions between Indian entities and their overseas entities are subject to GST and Indian entity need to charge the GST on their invoice. GST charge would become an expense for the overseas entity and they are not eligible to claim the input in their respective countries against these taxes paid on output.”