Baul, Bolpur and beyond 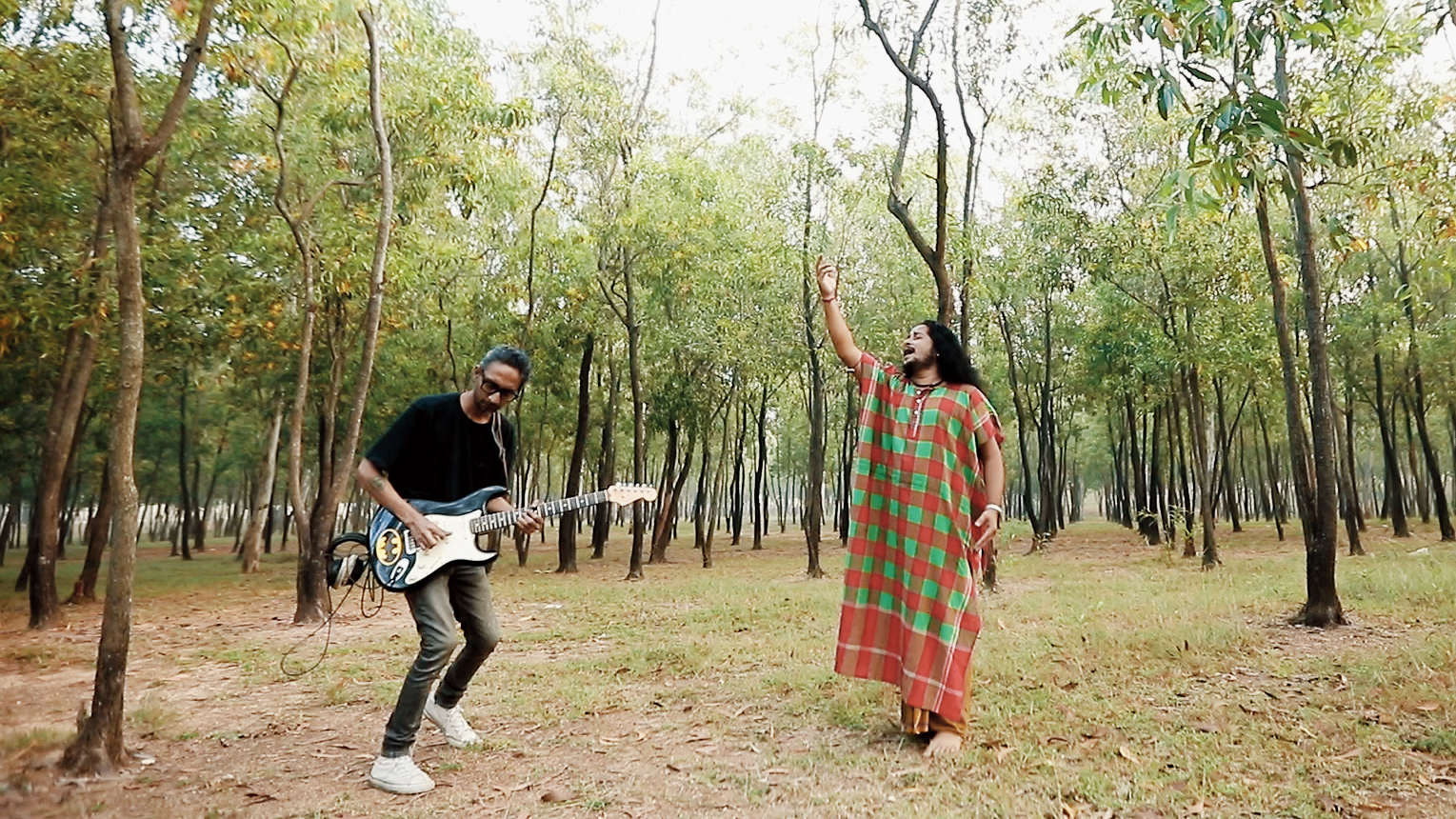 Tell us more about the song...

The song talks about the reversal of the cosmic process, the return to the ‘Sahaj’ state — the earliest condition of non-duality that existed before creation, which is the objective of Baul Sadhana. For the efforts to be successful, it is necessary to control the six enemies (lust, anger, greed, infatuation, vanity and envy). The song uses a vivid imagery of life as a battlefield and the sins as the demons one needs to fight to achieve the state of non-duality — the active form of the supreme or simply Sahaj Manush.

How did your collaboration happen?

This is going to be my second release with Raju Das Baul, having previously collaborated on the song Dil Doriyar Majhe in 2015. Raju happens to be a very close friend of mine and I make sure that we spend a lot of time exploring each other’s musicality and philosophies of living life, every time I visit Bolpur. It was during one such visit when Raju brought the song to the table and we decided to record it and later I produced it partly in Calcutta and Mumbai.

Given the nature of our audience, it would’ve been a fair bet for Raju and me as artistes to produce a very popular Baul song that everybody has already heard to get the maximum number of listens, yet I chose a very serious, unknown song, something that will take the listener away from the comfort zone of familiarity. That is a conscious choice; I really do believe that innovation happens in uncharted territories and that as an artiste while I do have to preserve what is already available to me, I also have to push the boundaries for myself. The song takes a very minimal approach in the beginning and blooms into a pure euphoric section, thus representing the dichotomy between the masculine and the feminine as well as their co-existence. This song would be your jam if minimal guitars and a very carefully crafted sonic palette is your thing.

The video uses the concept of metaphors...

Just the way the lyrical perspective of the song has metaphorical puns, the video too uses the concept of metaphors through imagery. Created by a production house based out of Calcutta, named Allegro — The Symphony Within, the video was shot at Bolpur and features Ahana Chakrabarti as the protagonist. Rahul Guha, the director, and I have previously worked on a couple of projects and we are familiar with each other’s aesthetics, so it was easy to get him on the same headspace that I was in regarding this song.

Yes, we recorded two songs together during the lockdown. The whole project was completed remotely over the Internet.

I haven’t met Ramil in person yet but I have to admit that we share a special connection as far as our music is concerned. Dhundo mujhe and Daastan both are on YouTube with official music videos.