...but his legacy lives in the form of what a driven young man can achieve 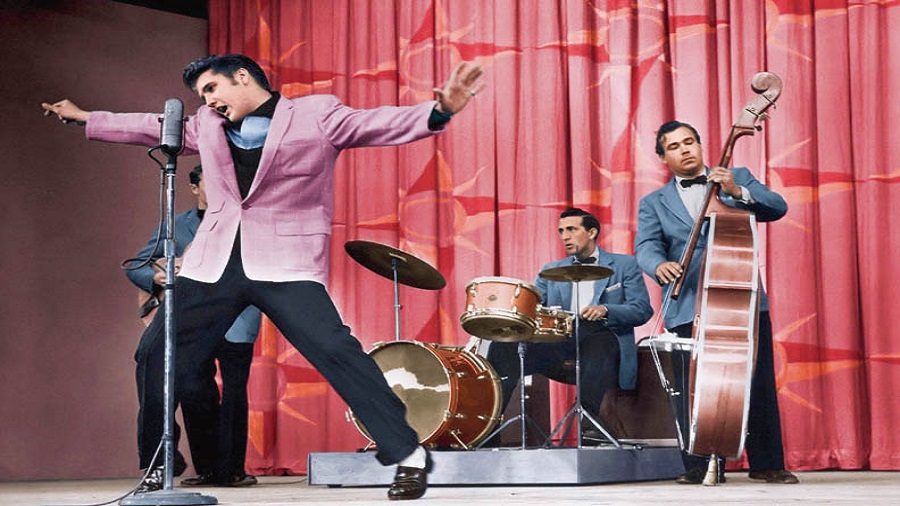 “We like to take credit for putting Elvis in the black-and-pink colour combination. Back then, ‘real men’ wouldn’t wear pastel pink,” Hal Lansky has told The Guardian. Elvis Presley used to frequent Hal’s family clothing store. The trend-bending bubble-gum suit that the rising star wore on The Milton Berle Show in 1956 is a look echoed in recent years by nonconformist pop stars Harry Styles
The Milton Berle Show
Mathures Paul   |     |   Published 15.08.20, 09:33 PM

Early this month, a music milestone was made — Drake broke the record for the most top 10 hits in the history of the Billboard Hot 100. At the same time, a legend has slipped down the ladder to number 10 on the same list — Elvis Presley, who passed away on August 16, 1977. While Drake — who is 33 years old — has 40 hits, Elvis could manage 25 by the time he passed away at the age of 42. The rock-and-roll legend is now kept company by Lil Wayne and Taylor Swift.

No, a comparison is not possible between Drake’s achievements and that of The King. It’s futile. To expect more under 18-year-olds turning up at Graceland or hoping them to listen to the man’s entire catalogue is like being stuck in time. The real importance of Elvis lives on... it’s about how he reshaped the modern music industry and inspired countless musicians before leaving the building. That’s his lasting legacy. There will be, from time to time, some different takes to his music, like what we have seen with A Little Less Conversation or Rubberneckin’. Hits like Heartbreak Hotel and Jailhouse Rock will continue to get featured on soundtracks. What Drake’s achievement shows is the story of two music industries. What Elvis continues to show 43 years after his death is the degree of success a driven young man can achieve.

Ownership and streaming are worlds apart. Elvis ruled in an era when it was impossible for a person to have access to almost every other album out there but at the same time, he or she didn’t have to worry about the fact that a streaming service can pull the plug on any album.

Most streaming services were a response to Napster. Suddenly music companies saw how powerful technology could be. Without tech help, labels were drowning in piracy.

Now you have streaming services but another problem is at hand. At Neftlix or Disney there is a lot of original movie content, which is great. But look at music streaming services — they are basically the same. And going to war using pricing as a tool can take a service only that much further. That is why companies like Spotify are looking at newer avenues, like podcasts.

August 1, 1981. MTV kicked off with the video of The Buggles singing Video Killed the Radio Star. Prophetic title indeed. The Elvis generation dependent much on RJs for their success. In July 1954 Memphis DJ Dewey Phillips played That’s All Right / Blue Moon Of Kentucky and the rest is history. With streaming, life has come full circle. There was a time when record labels wanted their artistes to be heard on radio and then came MTV, but now the push comes in the form of a spot on Spotify or Apple and a place in video games. Just imagine what if Rihanna or Pharrel Williams doesn’t make it to a popular playlist! In the era of all-powerful algorithms, an artiste like Elvis would have required more marketing shakes than that of the vocal cords. Yes, playlist is king and the King obviously couldn’t imagine this at the peak of his career.

Many wouldn’t remember the last time when an album was heard in full. Sad? Well, that’s the way the industry works. For 125-year-old-plus music trade publication Billboard, compiling the weekly charts is no joke. Starting January this year — New York Times has reported — Billboard is counting the popularity of official music videos on YouTube, as well as those on Apple Music, Spotify, Tidal and Vevo, in the magazine’s flagship album chart, the Billboard 200. (YouTube plays have been part of Billboard’s singles ranking, the Hot 100, since 2013.) User-generated content — like memes or cover versions — will not count. Elvis was about albums. 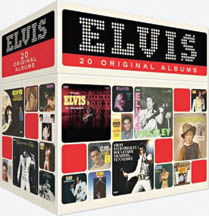